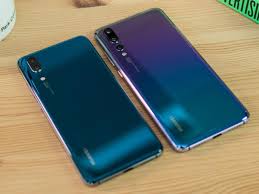 Last year, VLC’s app developers blacklisted Huawei devices due to their aggressive background task management methods that caused instability for the media player app, ultimately forcing it to crash and result in an uptick of negative reviews. While it might seem unjust to punish an entire user base due to the actions taken by a phone manufacturer, all that bad blood comes to an end today because the block has been lifted, as spotted by AndroidPolice.

Huawei recently rolled back its aggressive app killing by disabling the feature by default, although there were still some lingering issues getting VLC to work with a Huawei device while the Play Store blacklist was still in effect. VLC’s block originally applied to the Huawei P8, P10, and P20 devices, but users of the newer P30 are reporting being able to download the app, hopefully meaning that all Huawei devices can download VLC from the Play Store again.

Despite the ban being lifted, Huawei hasn’t made any announcements or further changes to its background task management methods, nor has VLC publicly stated it removed the ban. Still, it’s a welcome change for users, assuming it actually continues to work.