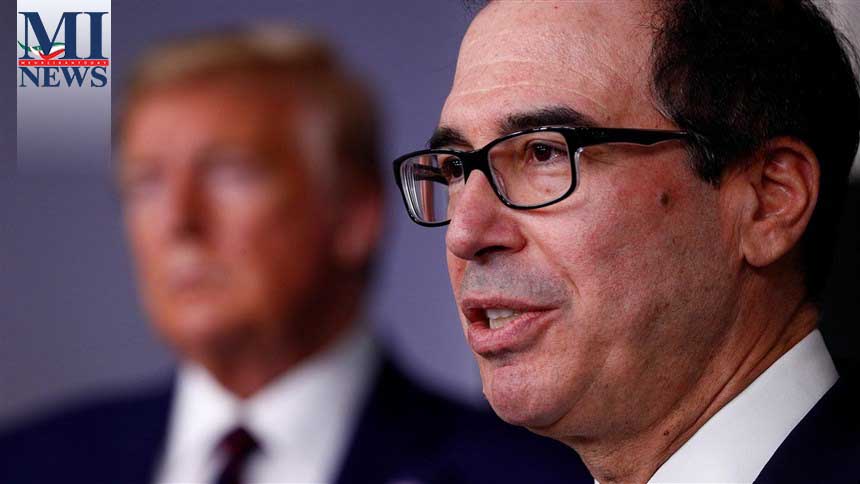 The nearly $500 billion interim bill includes additional money for the small business loan program, as well as for hospitals and testing.

The House of Representatives is expected to pass a nearly $500 billion interim coronavirus bill Thursday that includes additional money for the small business loan program, as well as for hospitals and testing, making way for the legislation to become law by the end of the week.

The bill includes more than $320 billion for the Paycheck Protection Program created by the CARES Act passed late last month. That program, which quickly ran out of money, provides forgivable loans to small businesses that keep their employees on payroll.

Roughly $60 billion of the additional PPP funding will be set aside for businesses that do not have established banking relationships, such as rural and minority-owned companies. Expanding access to the aid was a priority for Democrats who worried that some businesses were being shut out of the fund.

The bill also provides $60 billion in loans and grants for the Small Business Administration’s disaster relief fund, $75 billion for hospitals and $25 billion for coronavirus testing.

The interim bill does not include the additional funding for states and local governments that Democrats had sought.

President Donald Trump is expected to sign the bill into law by the end of the week.

“We come to the floor with such heartache, such sorrow,” House Speaker Nancy Pelosi, D-Calif., said ahead of the vote on Thursday. “It’s about the lives and the livelihoods of the American people. That’s what this is about.”

Rep. Maxine Waters, D-Calif., said on the House floor that she was dedicating the legislation to her sister who was dying from the virus.

“I’m going to take a moment to dedicate this legislation to my dear sister who is dying in a hospital in St. Louis, Missouri, right now, infected by the coronavirus,” Waters said.

Sen. Elizabeth Warren, D-Mass., also shared Thursday that her brother had died earlier in the week from the coronavirus.

House members arrived at the Capitol building Thursday wearing face masks and were instructed to remain six feet apart. Members were also broken up into eight different alphabetical groups based on their last name for voting in an effort to limit the number of people on the House floor.

The Senate reached a standoff earlier in the month over a Republican proposal that would have provided just $250 billion to replenish the depleted small-business funds. Democrats pushed to expand the scope of the bill to include more coronavirus emergency relief funds.

Although the bill ballooned into nearly half a trillion dollars, both parties have been referring to it as “interim” legislation meant to bridge the gap between the $2 trillion CARES Act and the next expansive round of coronavirus legislation.

“There will be a big, broad, bold COVID 4. For anyone who thinks this is the last train out of the station, that is not close to the case,” Senate Minority Leader Chuck Schumer, D-N.Y., said at a news conference with Pelosi on Tuesday after the Senate passed the interim bill.

Pelosi and Schumer said their proposal for the next round of legislation would include election reform, hazard pay for frontline workers, money to states and local governments, money for the postal service, and more.

But Republicans are already raising issues with the Democrats’ priorities for the next bill.

Senate Majority Leader Mitch McConnell, R-Ky., said on “The Hugh Hewitt Show” earlier this week that he was “not ready to just send a blank check down to states and local governments to spend any way they choose to,” stressing that more funding “has to be coronavirus-related.”

McConnell also suggested that the Senate would have to come back to Washington to pass the next measure, potentially creating a logistical hurdle for lawmakers who have been in their districts since the Senate adjourned at the end of March.

“We will not try to pass another rescue package by consent,” McConnell told reporters on Wednesday. The Senate has passed previous coronavirus legislation by voice vote or unanimous consent, meaning that lawmakers were not on record voting for or against the bills.

“My view is we ought to bring everybody back, have full participation to begin to think about the implications to the country’s future for this level of national debt.”

House members scrambled to return to Washington this week to vote on the interim bill after they could not agree to vote by unanimous consent.

Democrats have been more apprehensive about requiring lawmakers to fly back to Washington to work on the next bill in close quarters at the Capitol.

“If we were to come back prematurely and that were to set a bad example for people, that’s a bad thing,” Schumer said Tuesday. “I would like to be governed by the medical experts.”

Trump says TikTok sale can go through but only if the...