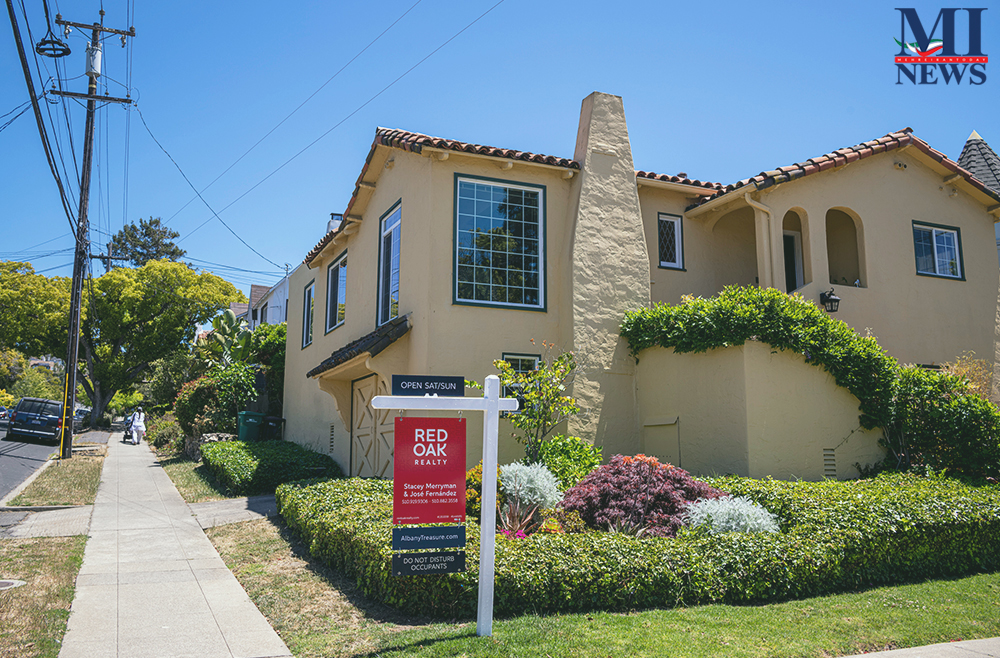 For the past two years, anyone who had a home to sell could get practically any asking price. Good shape or bad, in cities and in exurbs, seemingly everything on the market had a line of eager buyers.

Now, in the span of a few weeks, real estate agents have gone from managing bidding wars to watching properties sit without offers, and once-hot markets like Austin, Texas, and Boise, Idaho, are poised for big declines.

The culprit is rising mortgage rates, which have spiked to their highest levels since the 2008 housing crisis in response to the Federal Reserve’s recent efforts to tame inflation. The jump in borrowing costs, adding hundreds of dollars a month to the typical mortgage payment and coming on top of two years of home price increases, has pushed wishful home buyers past their financial limits.

More than any other part of the economy, housing — a purchase that for most buyers requires taking on huge amounts of debt — is especially sensitive to interest rates. That sensitivity becomes even more pronounced when homes are unaffordable, as they are now. As a result, home prices and new construction are a central component of the Federal Reserve’s efforts to slow rapid inflation by raising interest rates, which the central bank has done several times this year. But the Fed’s moves come with an inherent risk that the economy will spiral into a recession if they stifle home purchases and development activity too much.

While housing does not account for a huge amount of economic output, it is a boom-bust industry that has historically played an outsize role in downturns. The sector runs on credit, and new home purchases are often followed by new furniture, new appliances and new electronics that are important pieces of consumer spending.

“We need the housing market to bend to rein in inflation, but we don’t want it to break, because that would mean a recession,” said Mark Zandi, chief economist at Moody’s Analytics.

Home prices are still at record levels, and they are likely to take months or longer to fall — if they ever do. But that caveat, which real estate agents often hold up as a shield, cannot paper over the fact that demand has waned considerably and that the market direction has changed.

Sales of existing homes fell 3.4 percent in May from April, according to the National Association of Realtors, and construction is also down. Homebuilders that had been parsing out their inventory with elaborate lotteries now say their pandemic lists have shriveled to the point that they are lowering prices and sweetening incentives — like cheaper counter and bathroom upgrades — to get buyers over the line.

Understand Inflation and How It Impacts You

“There was this collective belief that housing was invincible — that it was so undersupplied and demand so high that nothing could stop price growth,” said Ali Wolf, chief economist with Zonda, a housing data and consulting firm. “A very rapid increase in interest rates and home prices has proven that theory to be false.”

It is a stark change for a market that blossomed soon after the initial shock of the pandemic, which for many people turned out to be a perfect time to buy a home. Rock-bottom mortgage rates lowered borrowing costs, while the shift to home offices and Zoom meetings opened up new swaths of the country to buyers who had been struggling to penetrate the market near the jobs they once commuted to.

That caused prices to explode in far-flung exurbs and once-affordable places like Spokane, Wash., where a crush of new home buyers decamped from pricey West Coast cities. People became so willing to move long distances to buy a home that “the normal laws of supply and demand didn’t apply,” Mr. Kelman said.

After two years of swift price increases, however, places that once seemed cheap no longer are. Home values have risen about 40 percent over the past two years, according to Zillow, forcing buyers to stretch ever further in price even as they run out of geography.

Ivana Trump, an ex-wife of former President Trump, dies at 73

China’s Xi announces $2B for coronavirus response as WHO faces calls...

Kraft will pay you to not make cheesecake this holiday season