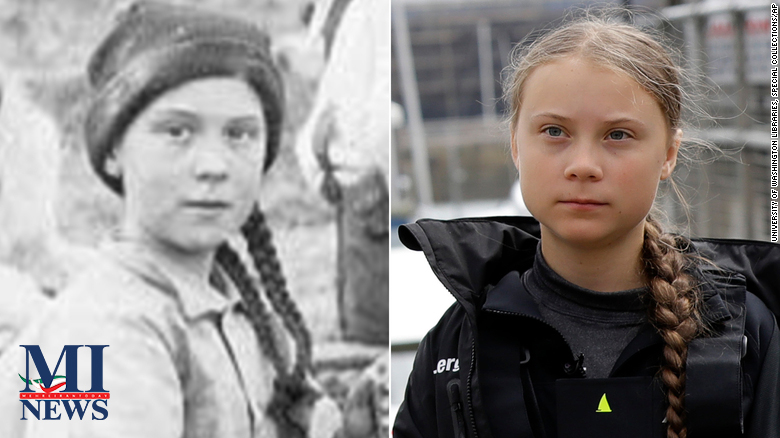 That’s the consensus on social media, at least. Savvy users dug up a 19th-century photo of a girl who looks eerily similar to the 21st-century teen. 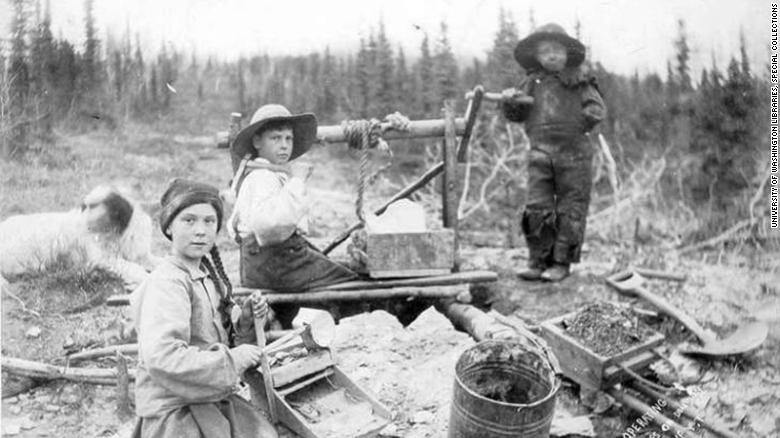 Greta’s purported lookalike circa 1898, just lookin’ for gold.
“120-year-old photo sparks theories that climate activist & environmental heroine, @GretaThunberg , is, in fact, a ‘time-travel’ who has traveled thru time to save our planet! Wishing her all the best and success in her mission to save the Earth. We can use the help we can get!” one person wrote.
“It is safe to say that @GretaThunberg must have used a solor-powered time machine to time travel,” joked another.
A third user floated a much bleaker theory: the photo is from the dystopian future.
close dialog
Have a closer look: 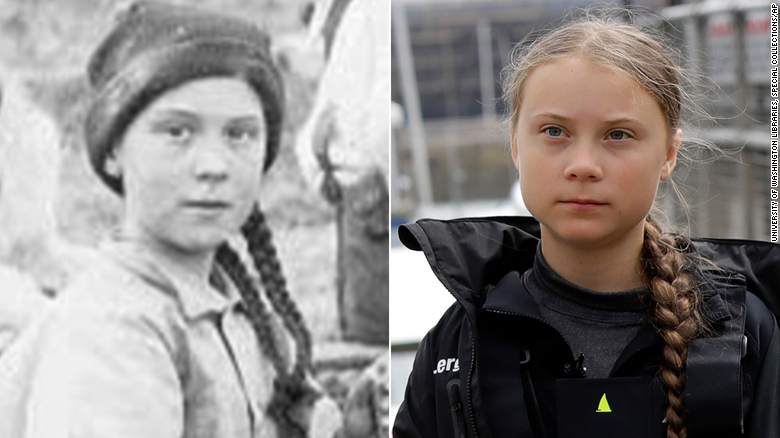 Greta Thunberg of present day, right, looking strangely similar to the girl in a photograph from 1898, left.
Thunberg’s doppelganger is one of three children in the photo from 1898. Per the University of Washington Libraries’ digital archives, they’re sifting for gold in the Canadian Yukon Territory.
As if she would go anywhere near a mine.
The trailblazing teen hasn’t responded to the hubbub, as she’s already set sail for Portugal on her zero-emissions yacht. But she did share this black-and-white photo before the time-traveling theories commenced. Maybe she saw it coming.
Or maybe she’s just got one of those timeless faces.
Original Source