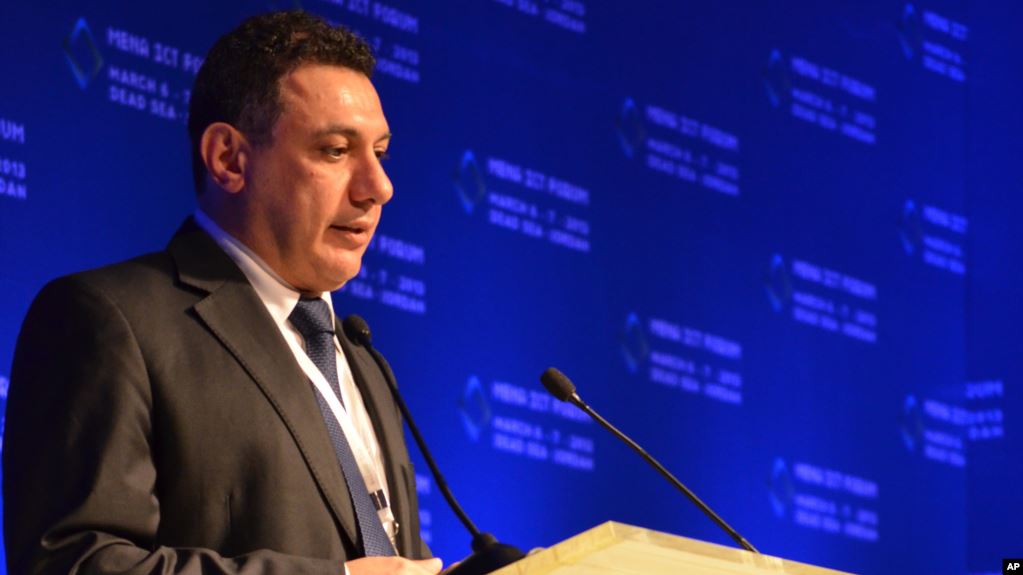 FILE –This March 6, 2013 handout file image provided by the Friends of Nizar Zakka, shows Nizar Zakka, a Lebanese technology expert and advocate for Internet freedom, delivering a speech during the MENA ICT Forum conference in Jordan

Lebanon’s Foreign Ministry says Iran has agreed to release a Lebanese man who has been imprisoned there since 2015.

In a statement, the Foreign Ministry says it has been contacted by the Iranian ambassador in Beirut who said authorities have agreed to release Nizar Zakka, based on a request by President Michel Aoun on the occasion of Eid al-Fitr, the feast that marks the end of the Muslim holy month of Ramadan.

Countries typically issue pardons and amnesties as a good will gesture during the holiday.

Zakka, who also has permanent U.S. residency, is accused in Iran of having “deep links” to U.S. intelligence services, a charge the family denies.

He was sentenced to 10 years in prison in September 2016 after a security court convicted him of espionage.

US Election Watchdog Stuck in Limbo By Masood Farivar September 5,...