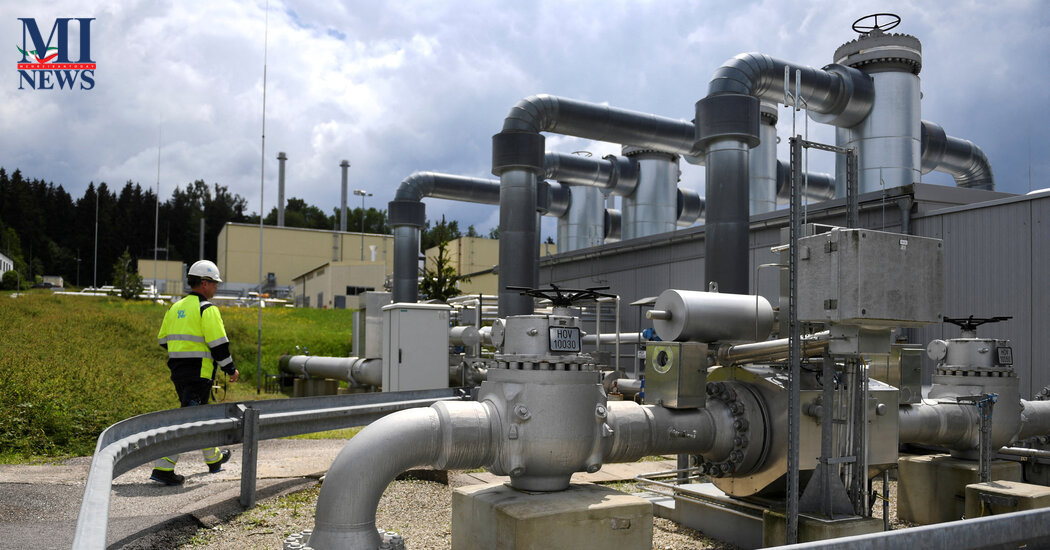 The German government has stepped in to bail out one of its biggest energy companies — the latest casualty of Europe’s natural gas crisis.

Gas distributor Uniper will receive up to €15 billion ($15.3 billion) from the government after months of Russian supply cuts and soaring spot market prices have brought it to its knees.
Uniper is Germany’s largest importer of gas, its Finnish parent company Fortum said in a Friday press release.
Under the rescue deal, the government has committed to provide €7.7 billion ($7.8 billion) to cover potential future losses, while state-run bank KfW will increase its current credit facility by €7 billion ($7.1 billion).
The government will also buy a 30% stake Uniper, while Fortum will reduce its stake from 80% to 56%.
“New geopolitical realities have shaken the European energy system to the core, and this determines a new framework for European energy companies,” Fortum CEO Markus Rauramo said in the press release.
Rauramo said that further work was needed to make the gas industry sustainable.
Benchmark prices have risen 89% since the war began in late February, according to data from the Intercontinental Exchange.
Announcing the deal, German Chancellor Olaf Scholz said on Friday that Uniper was “in great trouble.”
“[Uniper is] of paramount importance for the economic development of our country, for the energy supply of the individual citizen, but also of many companies,” he added.

Germany is particularly vulnerable to falling Russian gas exports. The European Union’s biggest economy has long relied on Moscow’s gas to power its homes and heavy industry. Russian gas accounts for more than half of Uniper’s long-term supply contracts.
In June, Gazprom, Russia’s state energy company, slashed gas shipments along the Nord Stream 1 pipeline — which links Moscow’s gas directly to Germany — by 60% because of a dispute over the return of a turbine from Canada to Russia.
But Germany has made strides in recent months to reduce its dependency on the country, slashing Russia’s share of its gas imports to 35% from 55% before the start of the war.
Further cuts are on the way. The European Union has pledged to reduce its Russian gas consumption by 66% before next year, and break its dependence completely by 2027.
On Wednesday, the bloc unveiled its emergency gas rationing plan which sets a target for member states to reduce their gas demand by 15% between August and March next year.