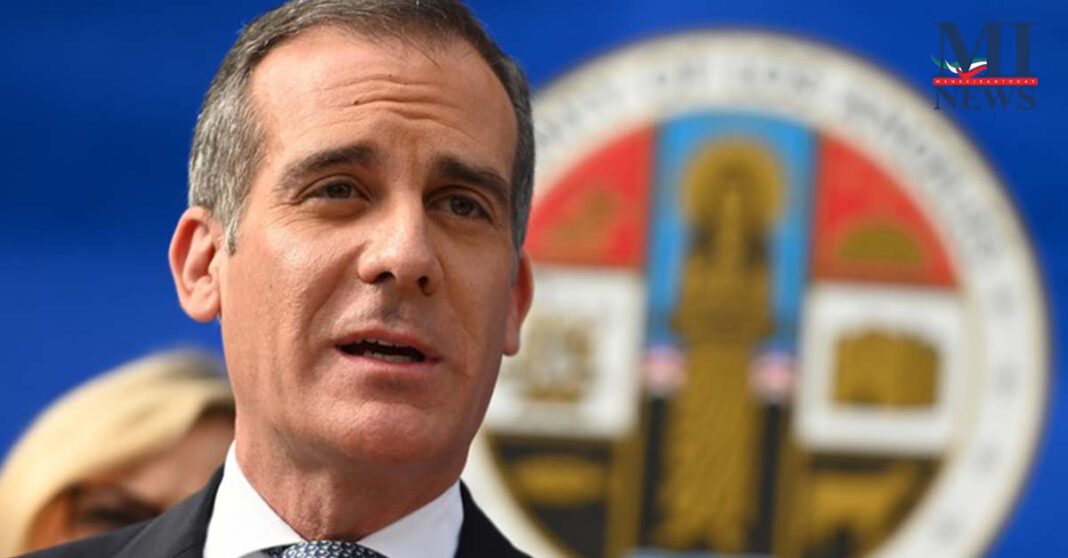 LOS ANGELES (KABC) — Mayor Eric Garcetti conceded Sunday that Los Angeles reopened too quickly and again warned that the city was “on the brink” of new shutdown orders as the coronavirus continues to surge in California.

Appearing on CNN, Garcetti was asked about a Los Angeles Times editorial that criticized the rapid reopening of California, which was followed by a spike in new COVID-19 cases and hospitalizations.

“I do agree those things happened too quickly,” Garcetti said, adding that the decisions were made at the state and county levels, not by city officials.

The mayor said Los Angeles was on the verge of new widespread stay-at-home orders as L.A. County, with a quarter of California’s population, continued to see the state’s largest increase in confirmed coronavirus cases.

California reported on Saturday its fourth-highest daily total of newly confirmed COVID-19 cases, with more than 9,000. The state also reported an additional 120 deaths.

Last week, Garcetti said he wouldn’t hesitate to again shut down all non-essential businesses. Those comments came days after California Gov. Gavin Newsom shut bars and indoor dining statewide, and ordered closures of hair salons, gyms, malls and other indoor businesses in Los Angeles and other counties experiencing the most significant surge of virus cases.
Garcetti told CNN’s Jake Tapper on Sunday that Los Angeles currently has adequate hospital capacity and a good supply of ventilators.

L.A. County reported a record-high number of COVID-19 patients in its hospitals last week, and the overall share of tests that have come back positive jumped from 8% to nearly 10%. On Sunday, county officials confirmed 2,800 new COVID-19 cases and 11 more deaths, extending the total number of coronavirus deaths to nearly 4,100.

The mayor attributed the increase in spread not just to the reopenings, but also to people becoming less vigilant about following public health guidance and gathering with others outside their households.

“It’s not just what’s open and closed. It’s also about what we do individually,” he said. “It’s about the people who are getting together outside of their households, with people they might know. It might be their extended family, it might be friends. They might think because they got a test two weeks ago that it’s OK, but it’s not. This virus preys on our division, it preys when we get exhausted, it preys on us in those moments when we don’t have a unified national front, or we as individuals think, oh, this ain’t gonna be a big deal.”

Officials have reiterated that people must wear masks and maintain physical distancing to slow the spread.

Additionally, the response comes as COVID-19 cases are surging among younger people, with 53% of new cases confirmed in people under the age of 41.

In other news about the outbreak in California: