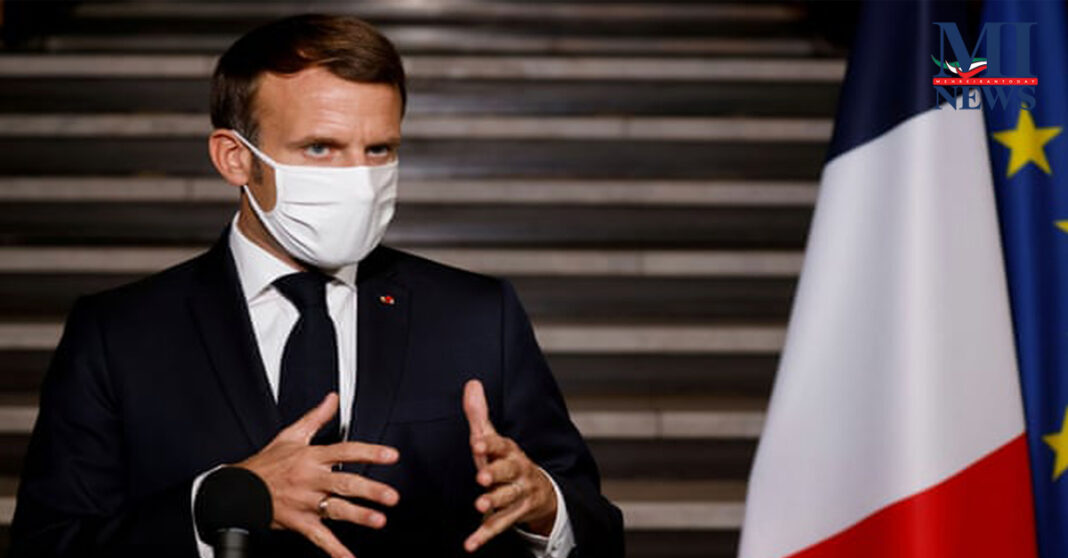 The French president, Emmanuel Macron, is expected to impose a new four-week national lockdown to halt the spread of Covid-19, according to French media.

The announcement would follow record numbers of new cases in France that have put pressure on hospitals, and a startling rise in coronavirus deaths.

Macron is due to make a televised address on Wednesday evening after holding a second emergency meeting with government ministers. The prime minister, Jean Castex, also met union leaders and opposition parties to justify the need for stricter measures.

Large swathes of France, including Paris, have been placed under a night-time curfew, but officials say this has not been enough to stop the virus.

There had been speculation the government would introduce an earlier curfew or partial lockdowns in areas worst hit by Covid-19. However, on Tuesday evening it was widely reported that Macron would announce a four-week national confinement similar to the two-month lockdown imposed in March and April.

The details were a matter of speculation but it was suggested all bars and restaurants across the country would be required to close. It was not clear if all shops would be allowed to remain open or only those selling essential goods, as during the spring lockdown.

BFMTV reported official sources had confirmed that schools and certain public services would remain open, but other reports suggested secondary and high schools would close.

The new restrictions are aimed at halting a dramatic spike in coronavirus infections in France over the last week. Tuesday’s figures from Santé Publique France, the public health authority, reported 33,417 new confirmed Covid-19 cases in the previous 24 hours, down from the record 52,010 reported on Saturday.

On Monday, the president of France’s scientific committee advising the government, Jean-François Delfraissy, told RTL radio he believed the number of new Covid-19 cases could be as high as 100,000 and that his committee was surprised at the “brutality” of the second wave.

“We are in a difficult, even critical, situation. We foresaw a second wave but we are surprised ourselves by the brutality of what has happened over the last 10 days. The second wave will probably be worse than the first,” Delfraissy said.

He added: “Many people still haven’t realised what is waiting for us. This wave is invading Europe … it will last several weeks, even one or two months.”

… in the coming days, and the results will define the country for a generation. These are perilous times. Over the last four years, much of what the Guardian holds dear has been threatened – democracy, civility, truth.

The future of abortion and voting rights, healthcare, climate policy and much more hang in the balance. Science is in a battle with conjecture and instinct to determine policy in the middle of a pandemic. At the same time, the US is reckoning with centuries of racial injustice – as the White House stokes division along racial lines. At a time like this, an independent news organization that fights for truth and holds power to account is not just optional. It is essential.

Like many news organizations, the Guardian has been significantly impacted by the pandemic. We rely to an ever greater extent on our readers, both for the moral force to continue doing journalism at a time like this and for the financial strength to facilitate that reporting.

in the last year. We believe every one of us deserves equal access to fact-based news and analysis. We’ve decided to keep Guardian journalism free for all readers, regardless of where they live or what they can afford to pay. This is made possible thanks to the support we receive from readers across America in all 50 states.

Iran, China Amplify Each Other’s Allegations of US Coronavirus Culpability