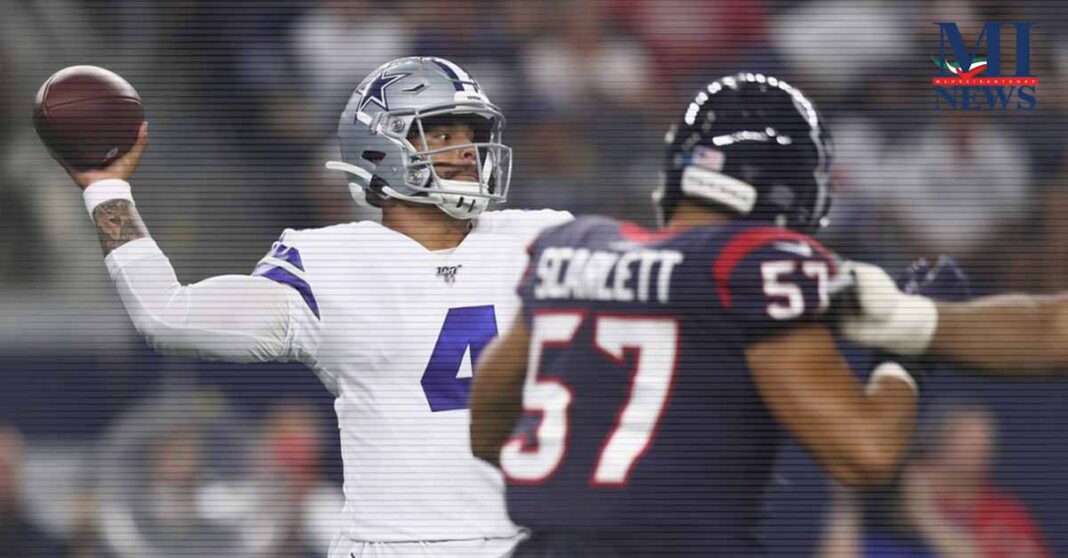 Dr. Anthony Fauci just poured cold water on football fans’ hopes of seeing some action on the gridiron this year.

The top U.S. infectious disease specialist told CNN’s Dr. Sanjay Gupta that “it would be very hard to see how football is able to be played this fall.”

“If there is a second wave, which is certainly a possibility and which would be complicated by the predictable flu season, football may not happen this year,” Fauci said.

If the NFL and NCAA seasons were to be canceled, broadcasters including ViacomCBS Inc., Fox Corp., Comcast Corp. and Walt Disney Co. would be among the most exposed. More than 80% of the 50 most-watched programs on TV last year were NFL games.

In response to Fauci’s comments, the NFL provided a statement from their Chief Medical Officer Dr. Allen Sills that details the league’s efforts to prepare to play in 2020. They include a rapid-result testing program and protocols for players and team personnel based on the guidance of public health officials.

“Dr. Fauci has identified the important health and safety issues we and the NFL Players Association, together with our joint medical advisors, are addressing to mitigate the health risk to players, coaches and other essential personnel,” Sills said. “Make no mistake, this is no easy task.”

Many NFL teams and college programs had already started voluntary workouts in preparation for the 2020 season. The NCAA approved a six-week pre-season practice plan for 2020 on Wednesday.

A season without football, which is the primary cash generator for college athletic departments, could stretch school budgets and cause further cuts to other non-revenue generating sports.

College baseball teams are among the many sports that have already been permanently eliminated amid the pandemic.

August 5, 2020
WASHINGTON — Senate Majority Leader Mitch McConnell conceded Tuesday that he will lack Republican support to pass further coronavirus aid and instead will rely on Democrats...

August 5, 2020
BEIRUT — It seemed like all hope was lost. But after 15 hours buried under the rubble of his home in Beirut, Imad Atar was...

August 4, 2020
Childhood vaccination rates are still down in at least 20 states, public health officials in those areas told ABC News, a worrying trend that has continued...
0FansLike
0FollowersFollow

Cleveland Browns’ win over the Pittsburgh Steelers ends in a helmet...

Record Super Cup win for Juventus amid backdrop of controversy