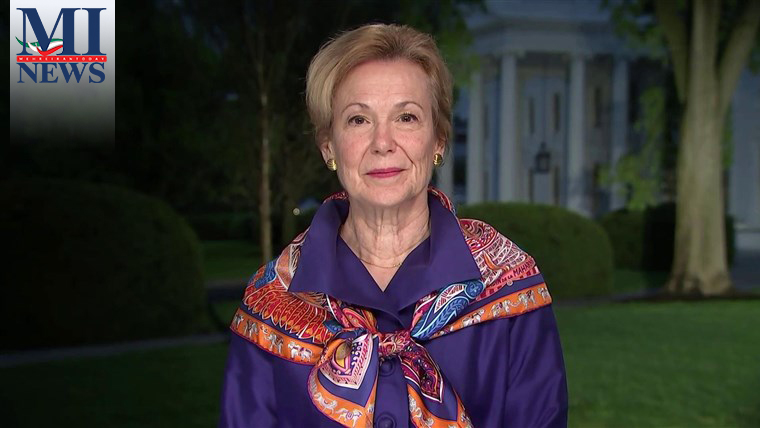 Dr. Deborah Birx, White House coronavirus response coordinator, said Wednesday that there are encouraging signs that parts of the U.S. may be flattening their curves but she warned that people shouldn’t start going out and socially interacting.

In an interview with Savannah Guthrie on the “TODAY” show, Birx said that California and Washington state began social distancing very early and said their curves are “persistently flat and that’s very encouraging.”

New York and New Jersey, meanwhile, had a “logarithmic rise in the number of new cases,” she said.

“We’re seeing that stabilizing and that gives us great encouragement,” Birx said.

Birx acknowledged a rising death toll, however, but said that those numbers reflect the people who were infected by COVID-19, the disease caused by the coronavirus, two to three weeks ago, before some of the strict guidelines were implemented. Still, she said that a number of metro areas are still struggling.

“What’s really important is that people don’t turn these early signs of hope into releasing from the 30 days to stop the spread — it’s really critical,” she warned. “If people start going out again and socially interacting, we could see a very acute second wave very early.”

Asked if 30 days of social distancing will be sufficient, Birx wouldn’t say whether the Trump administration plans to extend the guidelines. She said that they’re evaluating data closely and hope to learn from California and Washington state “how different releases could occur by geographic area.”

Birx’s remarks came a day after the U.S. suffered its deadliest day of the pandemic so far, with nearly 2,000 deaths between Tuesday and Wednesday. The national death toll now stands at nearly 13,000, according to NBC News’ tally on Wednesday morning.