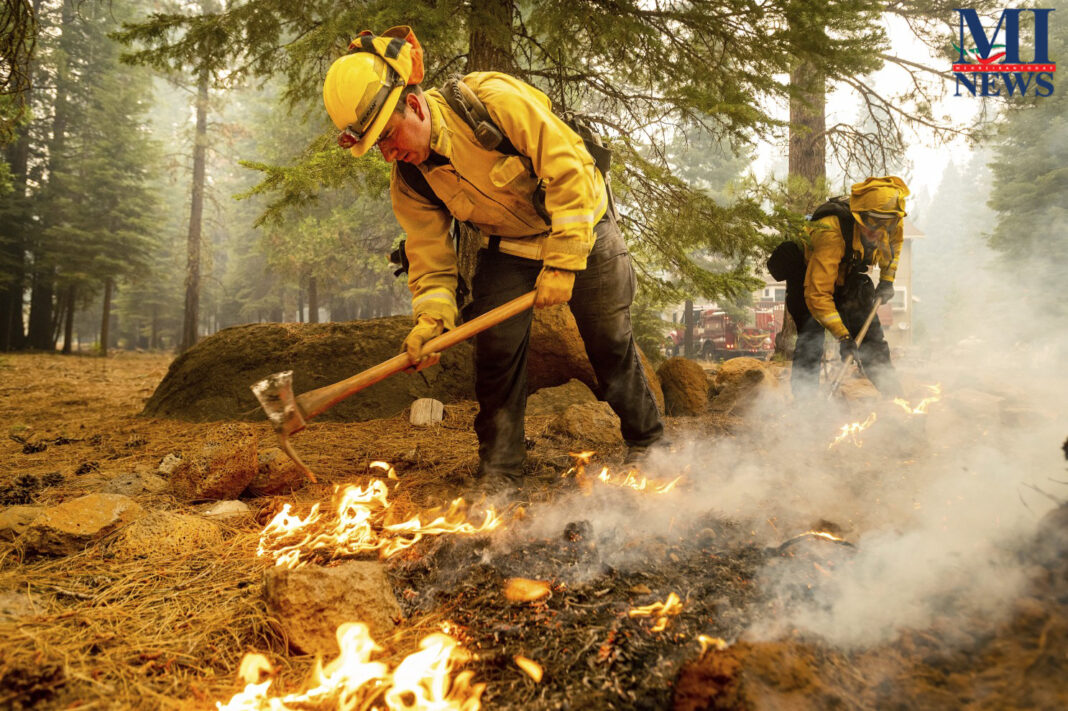 A wildfire in Northern California spread more than 100,000 acres overnight into Friday — becoming the largest blaze in the country and the third-largest in the state’s history.

The Dixie Fire has been raging in Butte and Plumas counties since July 14 and has destroyed at least 67 structures, including homes, and was only 35 percent contained Friday morning, according to the California Department of Forestry and Fire Protection. It climbed from more than 320,000 acres to 432,000 between Thursday evening and Friday morning.

Seven of the largest wildfires in California history, including the Dixie Fire, occurred within the last three years.

Scott Stephens, a professor of wildfire science at the University of California-Berkeley, said the explosion of wildfires in the past decade has been fueled by the culmination of drought conditions, hotter temperatures and flammable forest debris, like downed trees. These conditions, he said, are exacerbated by climate change.

“The Dixie Wildfire has grown tremendously the last few days,” Stephens said. “They almost had it contained and worked on a containment line, but spots that were still on fire were actually thrown further away from the burnout operation.”

“The wildfire growth in the last 10 to 15 years has really exceeded what we would have considered previously, and we’re seeing these fires grow larger and larger and more continuous,” he said.

On Wednesday, the Dixie Fire destroyed the historic Californian town of Greenville, leveling businesses and homes.

Footage showed homes and vehicles engulfed in flames, commercial structures gutted and buildings collapsed in the mountain community of around 800 — leaving the town in ashes and completely unrecognizable.

Among the buildings lost were a former sheriff’s office, stores, restaurants, saloons and gas stations.

The record blaze comes at the heels of other large wildfires ravaging countries across the world, including Greece and Turkey. Thousands of people have evacuated their homes in both countries.

A wildfire just north of Athens left one person dead. And in Turkey, wildfires have ravaged swaths of its southern coast, killing eight people in the past 10 days.

Stephens said there was still hope to prevent wildfires from exploding in size.

“We have to do much more forest restoration work, like burning small, controlled fires,” he said. “If we don’t change, we are never going to chase this problem down.”