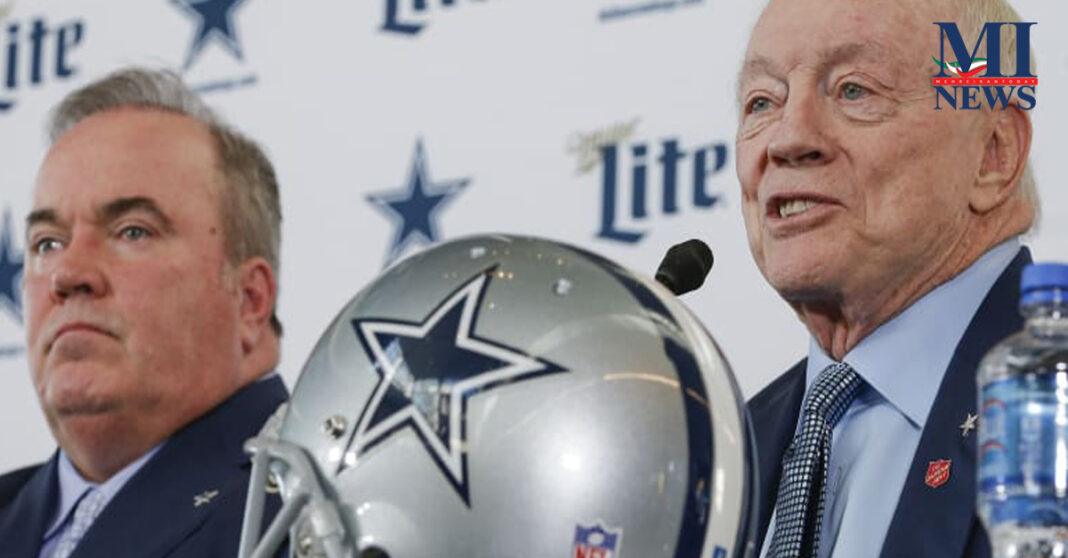 With the trade deadline approaching, the Dallas Cowboys have started to purge the roster.

And here’s the thing: Why stop there?

The Cowboys acquiring that trio of players ahead of the 2020 season was considered a win-now move for a would-be Super Bowl contender. Finally free of the clutches of Jason Garrett and with Mike McCarthy leading things, they would surely help turn around the defense.

Instead, Griffen managed just 2.5 sacks and a 56.6 Pro Football Focus grade. Jones bashed Poe when speaking to ESPN’s Chris Mortensen post-release for his conditioning, never mind the 55.7 PFF grade and seven total tackles in as many games. Worley, who was signed to be part of a secondary trying to withstand the loss of Byron Jones, managed the worst PFF grade of all three at 53.1.

Those three might have been cut as the Cowboys desperately search for answers on the defensive side of the ball even if the offense had managed to drag the roster kicking and screaming into contention, anyway.

The team has a minus-67 point differential and was minus-12 in turnovers through six games, a franchise-worst mark since 1960, per ESPN’s Tood Archer. Also over the first six games, the defense was on pace to surrender an NFL-record 581 points after coughing up one of the worst point totals of all time at 218—and that’s before permitting 25 more in a 22-point loss to 2-5 Washington.

This is where organization failure loops in neatly. The assembled coaching staff, and specifically defensive coordinator Mike Nolan, appear to run a scheme either far too complex for the players, not suited for the players, or both.

This trend of highly-paid players (often on questionable extensions) underperforming extends to the offense, where the most notable example is Ezekiel Elliott. This isn’t a “don’t pay running backs” column by any means, but he’s fumbled seven times in his last 14 outings. Instead of taking over following the injury to Dak Prescott, he’s up to just 458 yards and five touchdowns on a 4.1 per-carry average this season—he’s the team’s second-highest cap hit this year at $10.9 million.

Injuries have to enter the conversation at some point. Even before Prescott went down, the bedrock of the team—the elite offensive line—was ravaged with the injury bug.

And normally, that injury bug would be an excuse to write off a season and not blow things up. But the Cowboys performing well under expectations compared to the apparent talent on the roster isn’t anything new for the franchise, nor is some of the team’s biggest investments being unreliable at best.

Just look at what Troy Aikman had to say about the franchise in 2018 during an appearance on 1310 The Ticket (h/t ESPN’s Todd Archer): “Go through the list and this team, over a long period of time, has been what it’s been. It hasn’t always mattered who the head coach has been. So to me, if you’re asking me, I’d say there has to be a complete overhaul of the entire organization.”

Full disclosure: Dallas went on a tear after these comments and not only made the playoffs but won a playoff game. But, the team turned around and went 8-8 again last season.

After four consecutive seasons of 8-8 or worse, Dallas did the following:

Barring a stunning, maybe historical Andy Dalton-led turnaround, the trend gets broken here in the worst way possible by a further regression.

And as hinted throughout, now comes the tough money conversations. Looking ahead to 2021, the Cowboys have seven players that each make up a cap percentage of 4.8 percent or more, including the likes of Smith and Elliott.

That’s before whatever the organization decides to do with Prescott. Whether it’s a second tag or something else, he’ll make eight. That’s also before considering other soon-to-be-free-agents like Aldon Smith and Chidobe Awuzie.

Moving three notable defenders off the team already feels like an admission the front office is willing to concede the realities of this season. That means potential rental-sells like Awuzie should be on the trade block if another team is willing to make an offer. It means a wideout like Michael Gallup—sellable as an upstart player still on a cheap rookie deal—should be on the block in exchange for rebuild-minded draft picks.

And it means big names like Smith and Elliott should be on the block, too. Sell the former as a better fit in a better scheme. The latter likely isn’t sellable on that six-year deal worth $90 million, but if another team is willing to eat the contract for whatever reason, Jones himself should offer to personally drive him to his next destination.

These are uncomfortable thoughts, yet harsh realities for a team that hasn’t performed consistently and appears to have cultural problems. In recent weeks, unnamed players slammed McCarthy, the head coach himself took issue with nobody backing up Dalton after an illegal hit knocked the quarterback out and Jones himself has gotten into a verbal spat with radio host Shan Shariff.

With this in mind, selling off bad schematic fits, contracts and assets that net back draft picks is key from here. The guys left standing get a nine-game audition to stay for the future around a question mark of a coaching staff, never mind the big question mark under center.

In the coming days ahead of Tuesday’s deadline, inaction could spell disaster for the Cowboys given the warning signs. Being proactive in blowing up the roster by some measure, if nothing else, begins to commit to a direction and strategy.

An MLB umpire tweeted about buying an assault rifle over the...