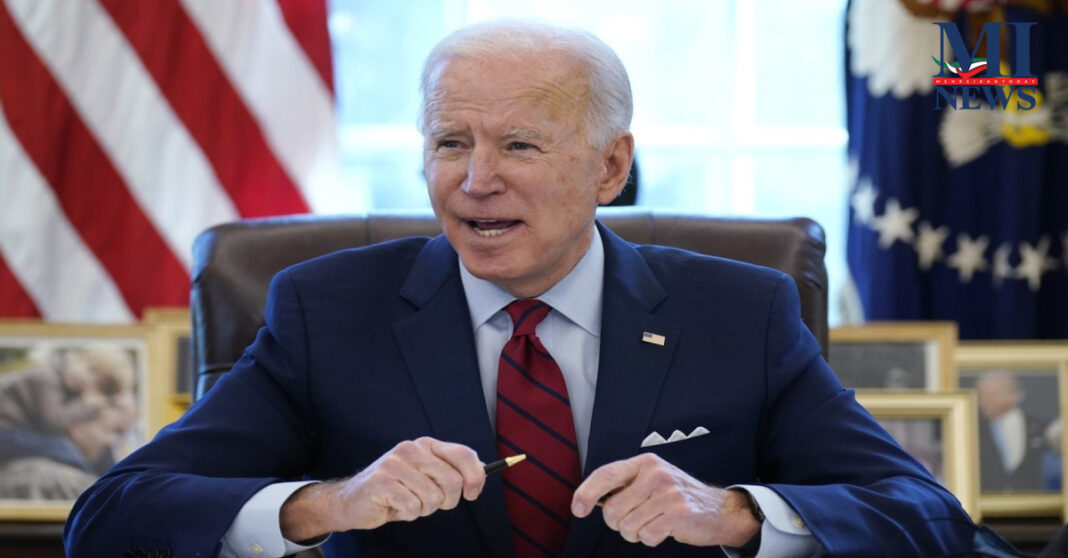 Biden is scheduled to visit Milwaukee on Tuesday and is expected to sell his $1.9-trillion coronavirus stimulus plan that seems to be in jeopardy over a minimum wage provision. The Financial Times, citing the White House, reported that Biden intends to make his case about the importance of “maintaining economic support” during the country’s COVID-19 recovery.

He is expected to talk about the need to make investments “to strengthen our collective competitiveness and the importance of updating global rules to tackle economic challenged such as those posed by China.”

Last week, Biden reportedly told a group of senators that if the U.S. fails to invest in its infrastructure, China will “eat our lunch.”

Bloomberg reported that Biden could face serious challenges in his attempt to gain Republican support for his proposal, especially with a $15-an-hour federal minimum wage requirement.

The New York Times reported last week that Sen. Joni Ernst, R-Iowa, issued a proposal that passed a voice vote that prohibited such an increase during the pandemic. Bloomberg pointed out that at least two Democrats – Sens. Joe Manchin and Kyrsten Sinema – have said they would not back the wage increase, which jeopardizes the Democrat simple majority.

Democrats are moving to fast-track Biden’s pandemic relief plan, with the Senate approving a budget resolution earlier this month that allows them to pass the measure without any Republican buy-ins using a procedural tool known as “reconciliation.”

Yahoo Finance reported, citing the Congressional Budget Office, that raising the minimum wage to $15 by 2025 would impact 17 million workers, and reduce the workforce by 1.4 million. The number of Americans in poverty would also drop by .9 million.

Biden has suggested he may be flexible on the stimulus’ topline figure, but the $1,400 amount — on top of $600 in payments approved in December — appears to be nonnegotiable.

The report pointed to a recent meeting Biden had with moderate Republican senators at the White House to talk about a compromise on the deal. These senators countered with a $618 billion package, one-third of what Biden is offering.

Sen. Bernie Sanders, the chairman of the Committee on the Budget, took to Twitter on Sunday to say raising the minimum wage to $15 is not a “radical idea.”

“I’m not going to start my administration by breaking a promise to the American people,” he said.

“What’s radical is the fact that millions of Americans are forced to work for starvation wages, while 650 billionaires became over $1 trillion richer during a global pandemic. Yes. We must raise the minimum wage to a living wage,” he tweeted.

The federal minimum wage has been $7.25 since 2009. Biden has said, “No one in America should work 40 hours a week making below the poverty line.”

Sinema told Politico that she believed the focus should be on COVID-19 relief.

“The minimum wage provision is not appropriate for the reconciliation process,” she said. “It is not a budget item. And it shouldn’t be there.”

Despite Trade Uncertainty, Many US Farmers to Back Trump in 2020