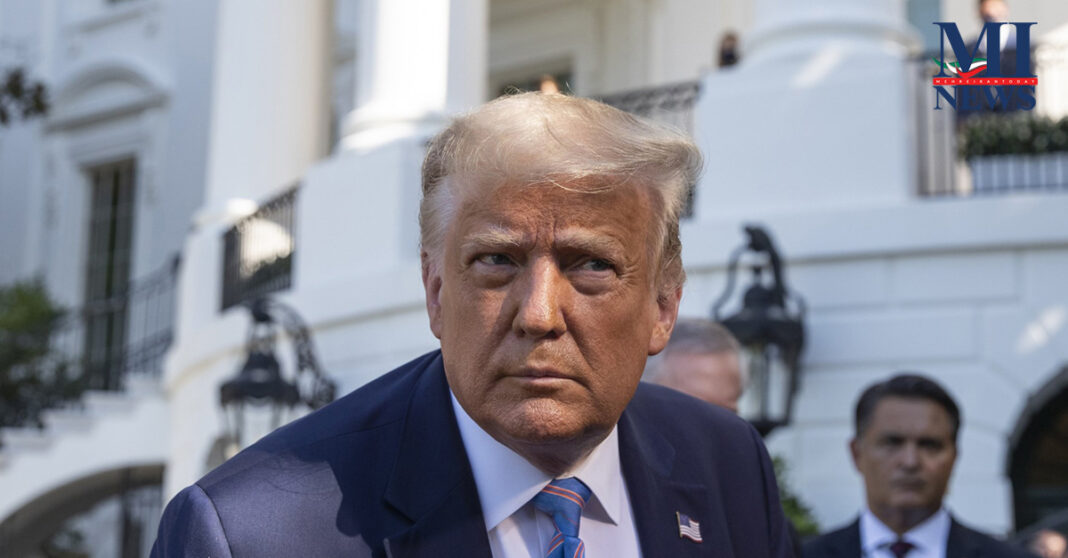 President Donald Trump on Thursday floated the idea of delaying the November general election as the U.S. economy shrinks amid the coronavirus pandemic and voters’ support for his opponent, Joe Biden, surges.

But the president has no power to delay an election, and Trump’s suggestion has raised alarm bells among legal experts and presidential historians as he continues to push evidence-free claims about the security of voting by mail.

“With Universal Mail-In Voting (not Absentee Voting, which is good), 2020 will be the most INACCURATE & FRAUDULENT Election in history,” Trump said on Twitter. “It will be a great embarrassment to the USA. Delay the Election until people can properly, securely and safely vote???”

While states have the authority to delay their primary elections, only Congress can change the date for the general election for president under the Constitution. Since 1845, Congress has required the appointment of presidential electors (now by election in every state) to take place on the Tuesday after the first Monday in November, which this year is Nov. 3.

As to whether an election could be delayed indefinitely, such as for a public health emergency as Trump suggests, legal experts said it was out of the realm of possibility. Even if Congress did agree to change the date of the general election, Trump’s term would still expire in accordance with the 20th Amendment of the Constitution.

“That’s constitutionally impossible,” Trevor Potter, president of the Campaign Legal Center and a former chairman of the Federal Election Commission, said of any indefinite delay. “The president’s term expires and there is no way for him to continue in office beyond January 20 without being re-elected.”

And there’s quite a few things that have to happen before that date: states need to choose their electors for the Electoral College, who then need to meet and choose the president. Then, Congress has to count the electoral college votes.

“All of that has to happen by January 20,” Potter told NBC News. “That is why Congress will not delay the election even a week or two, because the timeline is pretty tight.”

Presidential historian Michael Beschloss pointed out that U.S. elections have persisted through wars.

“The president’s tweet is more an attempt to (improperly, and without any evidence) denigrate the election we’re going to have than a real attempt to postpone,” Justin Levitt, a constitutional law and democracy expert at Loyola Law School, said in a text message.

Levitt was previously a deputy assistant attorney general in the Department of Justice during the Obama administration, working on voting rights litigation.

In his tweet, Trump also gets the facts wrong about mail voting.

“Universal mail voting” and “absentee voting” are not substantively different methods of voting: both involve the use of ballots transmitted by mail, filled out and returned by registered voters.

Most states are expanding existing absentee voting programs — which Trump appears to praise here — so people can vote more safely, and there is no nationwide move towards all-mail elections. A handful of states, including Washington and Utah that already vote entirely or almost entirely by mail, are continuing that practice in 2020.

The vast majority of states are planning a mix of mail and in-person voting in November. Potter suspects that the president’s complaint lies in how voters get their mail ballots — by default or by request.

“If what he means is that people are sent a ballot at home without having to first request it, which is what I think he’s saying, then almost no states do that,” Potter said. “The idea that the whole country is doing voting by mail rather than requesting an absentee ballot is simply factually completely untrue.”

U.S. Representative on Iran: Tehran’s Threats Will Isolate It More

Iran dismisses French restriction on its diplomats to travel to Iran:...