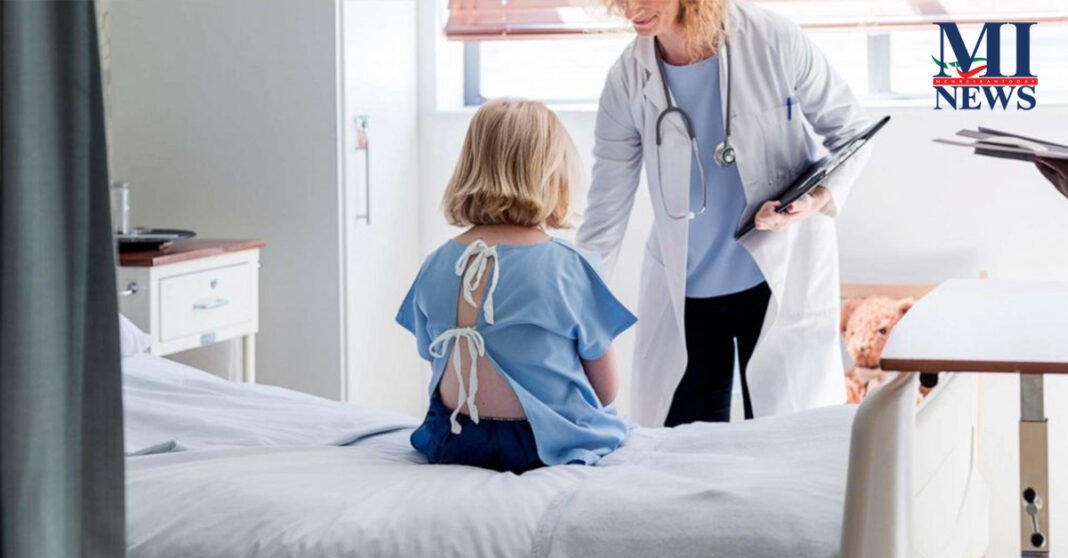 Childhood vaccination rates are still down in at least 20 states, public health officials in those areas told ABC News, a worrying trend that has continued in the days and weeks before children are set to head back to school in parts of the country. The continued decline in pediatric visits comes as parents are fearful about possible infection amid the ongoing coronavirus pandemic.

All of the states reporting decreases relative to prior years say that vaccinations of preventable diseases like the measles, whooping cough and the mumps have begun to rebound after seeing their most drastic decreases in the spring, when the coronavirus pandemic hit hardest in many states and people were not leaving their homes for routine doctor visits.

In May, ABC News contacted public health officials in all 50 states and reported that 20 states across the country were seeing drastic decreases in vaccination rates; every state ABC News spoke to reported the drop. In New York those rates fell as much as 91% for children over the age of two.

MORE: Child vaccinations down across the country amid coronavirus fears

Now, vaccinations are improving, according to officials, but still have not returned to pre-pandemic levels, which experts say is critical to prevent outbreaks of certain diseases at the same time the country is combating the coronavirus. The number of vaccines administered in June in Florida, for example, is still down 25% compared with 2019.

Maryland is looking at a 16% decrease in June, though that is a sharp improvement from the 65% decrease the state reported in May. Wyoming has rebounded from a 42% decrease in April to just a 7% decrease in June, according to a spokesperson for the Department of Health. A spokesperson for the Department of Health in Virginia said the state has not rebounded completely, with pediatric vaccines entered into the Virginia Immunization Information System being only 68% of 2019 numbers as of mid-July.

For this report, ABC News contacted all 50 states and received relevant information from 24 of them. Just four of those states — Arkansas, Delaware, Connecticut and Massachusetts — reported that vaccinations had rebounded completely, which shows they are trying to catch up the children who had previously fallen behind, those officials said. Massachusetts even surpassed 2019 levels by 13%.

Dr. Sean O’Leary, vice chair of the American Academy of Pediatrics Committee on Infectious Disease, called the drop in vaccinations “a real problem,” noting that “it sets us up for potential outbreaks of vaccine preventable diseases.”

“With our public health infrastructure already stretched very thin responding to the pandemic, outbreaks of any of these other life-threatening diseases would be devastating,” he added.

A public health official in North Dakota echoed those concerns, noting that the state had been notifying parents whose children still needed immunizations before school this fall. “We have also told the public that immunization requirements for school this fall are still in place and we have no intention to waive or delay requirements,” said Molly Howell, MPH, the assistant director of the Division of Disease Control at the North Dakota Department of Health.

Schools have already reopened in some parts of the country even as some states see the worst of the pandemic, and it took just days before schools began reporting outbreaks of the coronavirus.

MORE: In the race for a vaccine, children may be last to be vaccinated

Dr. Joan Alker, the executive director of the Center for Children and Families at Georgetown University, said that recent outbreaks of preventable diseases make the trend especially worrisome. “We already had some problems, some measles outbreaks in the past few years because vaccination rates weren’t where they needed to be, so any decline from where we were is not good news.”

To “catch up” on the missed vaccinations in the spring and summer, current vaccination rates would need to double and remain doubled for at least three months on the East Coast, according to a report by HealthEfficient, a non-profit group that supports community health centers, analyzed immunization data from 19 of those centers on the East Coast. No states ABC News spoke to reported seeing vaccinations increase to these levels, or anywhere near it.

The HealthEfficient report also found immunization rates on the East Coast rebounded in June and were nearly at 2019 levels after seeing their lowest point in April, when they were down 43%, only to fall again in July to a decrease of 31%.

In Rhode Island, there was a 50% decrease in vaccine doses administered across the board from March to June 2020, compared with March to June 2019, said Joseph Wendelken, a public information officer with the Rhode Island Department of Health. Rates in North Carolina were down nearly 18% for the month of July.

Officials have acknowledged the trend and pleaded with the public to return to their doctors, with some launching campaigns to try to reverse the trend.

MORE: The pandemic is not sparing children: Opinion

In Washington D.C. officials did not provide data but told ABC News that child vaccinations are still down. DC Health, the District’s Department of Health, has launched a campaign called “Stay on Track!” to encourage parents to vaccinate their children.

“Across the nation and within the District, preventative and chronic disease care visits have decreased amid the COVID-19 pandemic,” said Alison Reeves, a spokesperson for DC Health. “For children, this has resulted in a decrease in pediatric vaccine administrations. DC Health is leading a coordination effort with hospitals, health centers, schools, and health insurers to ensure easy and high access to pediatric immunizations for all District children.”

Pick up a free meal, get a vaccine

Cities like Houston and New Orleans are providing immunizations in drive-throughs and free vaccinations at feeding sites, where students pick up meals in an effort to make child vaccinations more accessible.

MORE: The impact of COVID-19 on infant and child health care, beyond missed vaccinations

“With the rise of COVID-19 cases in New Orleans, we have seen a decline in the number of patients coming in for routine vaccinations,” said New Orleans Mayor LaToya Cantrell on Wednesday. “As flu season approaches, it is even more critical that we ensure that all residents, including our kids, are up to date on their vaccinations. It is vital that we keep our cases of flu subdued as we continue to focus our efforts toward flattening the curve.”

Richmond Mayor Levar Stoney announced a “Don’t Wait, Vaccinate” campaign on Wednesday afternoon “in order to prevent the spread of other infectious diseases and ensure our children stay healthy during this most critical time.”