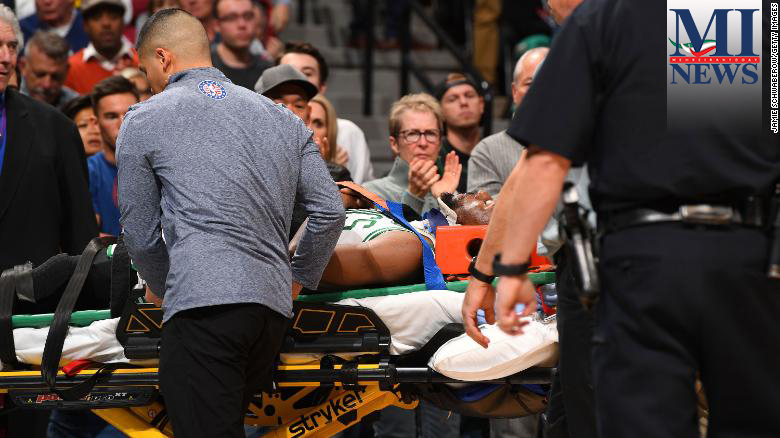 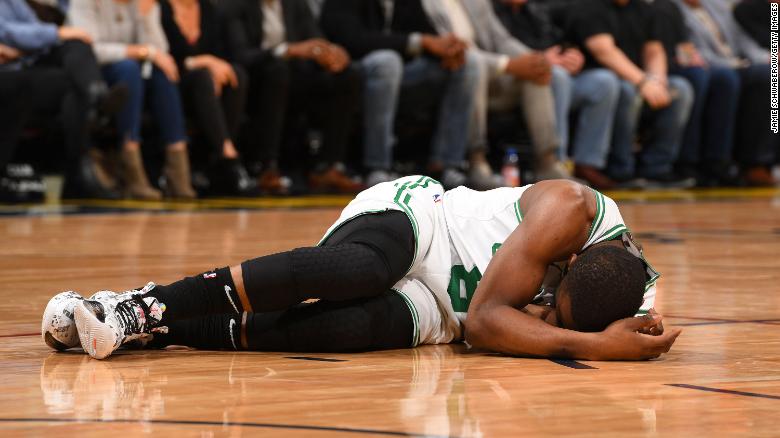 Boston Celtics star Kemba Walker has been released from a hospital after suffering concussion-like symptoms from a frightening head-on collision with a teammate Friday night against the Denver Nuggets.

Walker rejoined the team for its return to Boston and was to be reevaluated Saturday, the Celtics said via Twitter.
The injury occurred in the second quarter in Denver when Walker tried to control a pass and ran headfirst into 6-6, 240-pound forward Semi Ojeleye, according to Celtics.com.
Walker fell in a fetal position and was wheeled away in a stretcher — his head stabilized — more than eight minutes later to applause from the Denver crowd. Some teammates huddled in prayer. 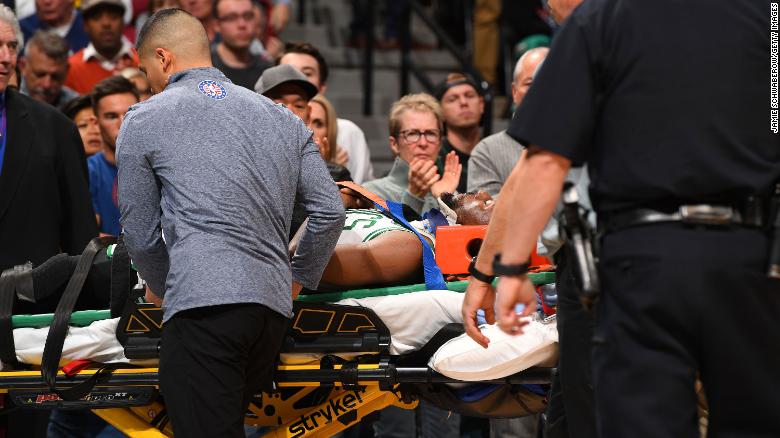 Celtics’ star Kemba Walker is carried away on a stretcher after head injury Friday night in Denver.
“It’s tough on both teams to see that,” Celtics head coach Brad Stevens said after the game, according to Celtics.com.
“It was good to get at least early reports of good news from our standpoint. But the head injury thing is super scary, so you’re always thinking about it.”
After the game, which Boston lost 96-92, Stevens said scans and tests on Walker had come back with positive results, the team said on Twitter.
“He’s a leader,” teammate Jaylen Brown said of Walker, according to the Celtics. “He’s probably the smallest dude on the court every time he steps out, but he’s got the biggest heart.”
Original Source

March 31, 2020
Grocery stores are among the essential businesses permitted to stay open during the state’s stay-at-home order, but a handful of local supermarkets have been...

March 31, 2020
ATHENS - In Greece, the case of an Iranian migrant now jailed on charges of inciting an insurrection is highlighting the Greek government’s rising...

March 31, 2020
New information from the IRS on Monday shines more light on what people can do to get the checks from the government as quickly...
0FansLike
0FollowersFollow

Daryl Impey wins Tour Down Under 2019