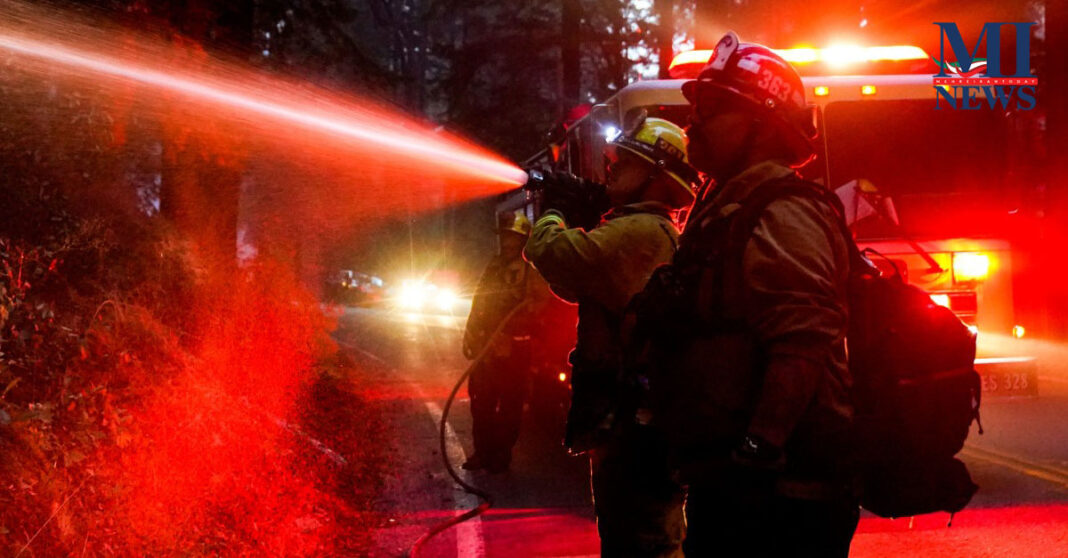 MONROVIA, Calif. (KABC) — The raging Bobcat Fire that erupted two weeks ago in the San Gabriel Mountains is now one of the largest ever in Los Angeles County after burning more than 106,000 acres.

The fire has destroyed or damaged at least 29 structures, many of them believed to be homes, and that number could climb into the 80s as the fire continues to spread and as fire officials continue to get a more accurate survey of its devastation.

By Monday evening, the fire’s containment estimate had dropped slightly to 13%, down from 15% the day before. Approximately 106,179 acres have burned.

Shifting winds Monday afternoon increased the threat to Mount Wilson. Fire officials said that while the fire continues to burn below the Mount Wilson Observatory, they will use a variety of techniques to make sure key infrastructure’ is protected. 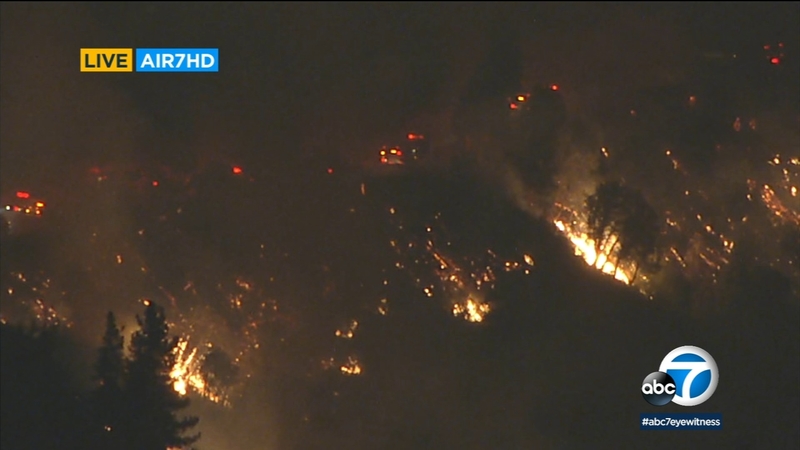 Flames on Monday surrounded the observatory as firefighters made a stand to protect the historic site and home to a reported billion dollars-worth of communications infrastructure.

Crews started back fires as the ferocious blaze made another aggressive run towards the mountain top. A drone in the area forced officials to ground all aircraft for at least half an hour during the height of the fight.

The National Weather Service reported that winds near the observatory were blowing about 5-10 mph and relative humidity was at about 30%-35% Monday afternoon.

Fire officials warned that the flames would continue to spread from the Antelope Valley foothills into the communities of Juniper Hills, Valyermo and Big Pine. By Monday afternoon, the blaze prompted a new round of mandatory evacuation orders.

On the north side of the fire in the Antelope Valley, residents are returning to pick up the pieces, salvaging what they can after the flames ripped through Juniper Hills.

“That fire came over the hill so hard and fast that I turned around and I barely got my eight dogs and my two parrots out,” said Cheryl Poindexter, who lost her home in the blaze.

Evacuation orders were added Monday afternoon for residents south and west of Upper Big Tujunga Canyon Road; east of Angeles Forest Highway; and north of Angeles Crest (2) Highway, according to the sheriff’s department.

How Trump Will Try to Block Bolton’s Testimony in Senate Impeachment...