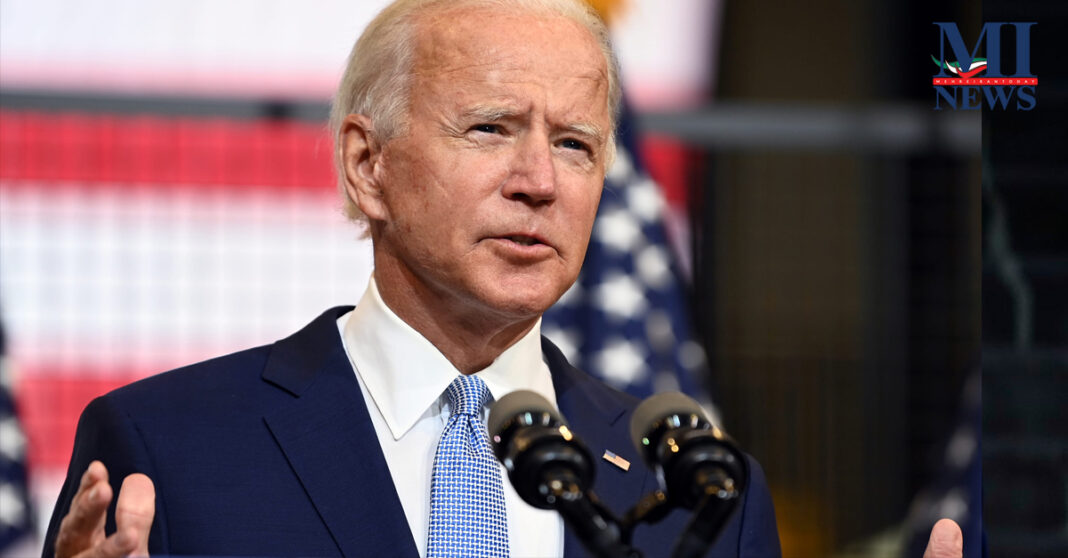 Facing a barrage of incoming fire from President Trump, Democratic presidential nominee Joe Biden is making it clear where he stands on the nation’s oil industry.

“I’m not shutting down oil fields, I’m not eliminating fracking. I’m investing in clean energy and I’m going to make sure that we don’t continue to subsidize the oil companies,” Biden told reporters on Monday as he made a campaign stop in Chester, Pennsylvania, just a short drive from his home in Wilmington, Delaware.

Biden once again emphasized he isn’t calling for the immediate end to the oil industry. Instead, he’s pushing for ending federal subsidies for fossil fuel companies and ending new permits on public lands for fracking as he hopes to transition the country to all renewable energy by 2050 in an effort to combat climate change.

The president has zeroed in on Biden’s comments at the end of their second and final debate last week, when the former vice president spotlighted that he would transition away from the oil industry in the coming years.

The former vice president’s debate comments – and his position – was nothing new – but Trump is trying to make up ground in states like Pennsyvlvania, and has gone all in on it since Thursday night.

“Last week, sleepy Joe Biden made perhaps the most shocking admission ever uttered in the history of presidential debates. And in other words, he blew it on live television,” Trump told supporters in Allentown, his first stop Monday in Pennsylvania. He later tweeted the same comment.

Democrats had carried Pennsylvania for a quarter century until Trump narrowly captured the state and its 20 electoral votes four years ago. Trump trailed 2016 Democratic presidential nominee Hillary Clinton by two points in an average of the polls on the eve of the election – but he ended up edging her by a razor thin margin to win the state. His narrow wins in Pennsylvania, Michigan, Wisconsin, and Florida – all states that voted for President Obama in the 2008 and 2012 elections – boosted him to a large Electoral College victory.

Four years later Biden has held a mid-single digit lead over Trump in Pennsylvania dating back to the begining of the general election campaign in the spring.

But the president is predicting victory in the Keystone State.

“I think we’ll win Pennsylvania by more than we did last time,” Trump told reporters after landing in Allentown.