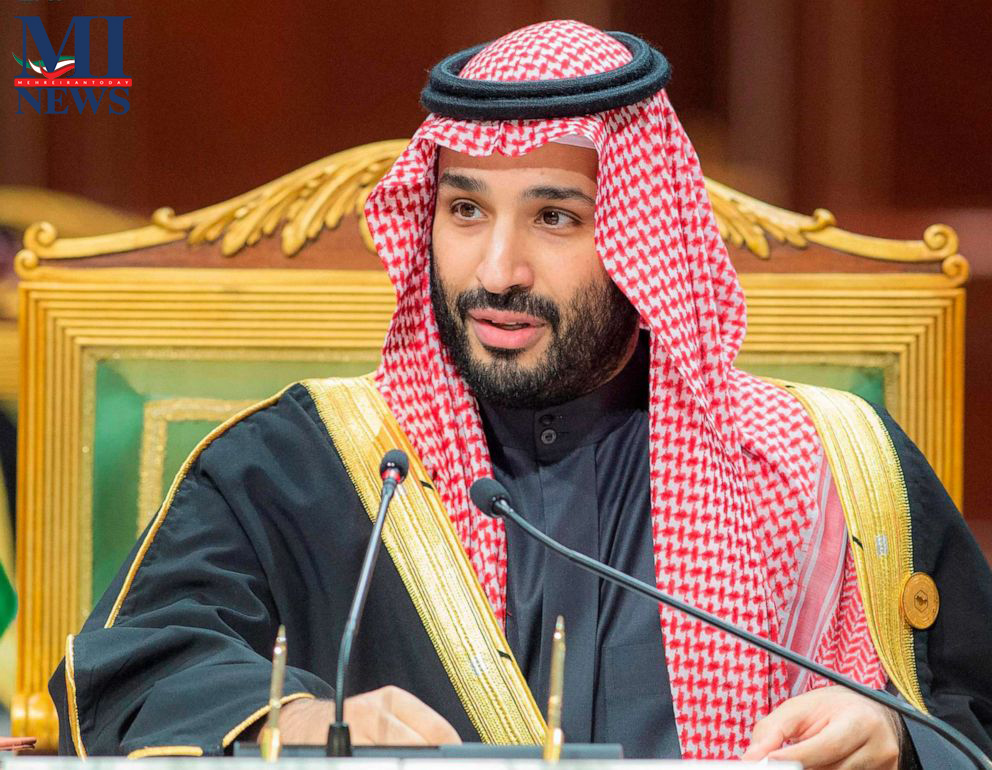 President Joe Biden arrived Friday in Saudi Arabia where he met with Saudi Crown Prince Mohammed bin Salman, a controversial sitdown he had earlier insisted would not take place.

The crown prince greeted Biden as he arrived at the royal palace where the two leaders exchanged a fist bump, but no handshake.

Biden has alternated between handshakes and fist bumps throughout the four days of his Middle East swing after the White House said he would “minimize contact” during the trip as a Covid precaution.

Ahead of the meeting with the crown prince, Biden met one-on-one with the prince’s father, King Salman, where the two shared a lengthy handshake.

The president had sought to distance himself ahead of the trip from the crown prince, who the U.S. intelligence community concluded was behind the murder of Washington Post columnist Jamal Khashoggi.

When asked in June if he would be meeting with the crown prince, who is also widely referred to as MBS, Biden told reporters he would not. “I’m not going to meet with MBS,” he said then. “I’m going to an international meeting, and he’s going to be part of it.”

Biden and the crown prince met across a large table, flanked by their senior leaders. Neither responded to shouted questions from reporters about the Khashoggi killing or whether Biden stood by his campaign rhetoric that Saudi Arabia should be a “pariah.”

As the de facto leader of the conservative kingdom, the crown prince is central to Biden’s wider foreign policy agenda of countering the growing nuclear threat from Iran, improving relations between Israel and its Arab neighbors, and increasing global oil production. White House officials have said that Biden is looking to “recalibrate, not rupture” relations with Saudi Arabia.

Still, the meeting with the crown prince seemingly represents a retreat from Biden’s vow during the campaign to punish Saudi Arabia for the killing of Khashoggi — to “make them pay the price and make them, in fact, the pariah that they are.”

Biden said Thursday that he would raise human rights issues during his meetings in Saudi Arabia, but when asked by reporters, avoided saying whether he would specifically bring up the killing of Khashoggi.

One key deliverable Biden could get from his visit would be a commitment from the Saudis to increase oil production as U.S. consumers at home grapple with record oil prices.

But that move is seen as unlikely, given Biden’s frosty relationship with the crown price and questions around whether the country even has enough capacity to significantly ramp up production, oil industry analysts have said.

Biden arrives in Saudi Arabia, where he will also attend a summit of Gulf leaders, after nearly three days of meetings with Israeli and Palestinian officials.

In a small step toward normalizing relations between Israel and Saudi Arabia, Biden is the first U.S. president to fly directly from Israel to Saudi Arabia, a route that was previously off-limits. Saudi officials announced Friday that they would also open the country’s air space to all commercial airlines, including those traveling to and from Israel.

Berlusconi announces candidacy for European elections due to “sense of responsibility”