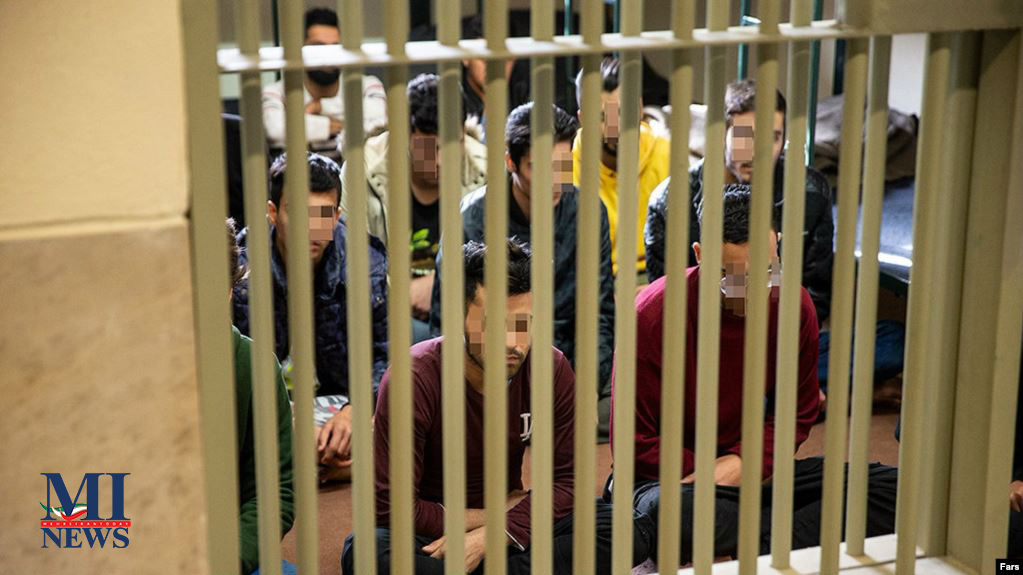 Meanwhile, thousands have been arbitrarily arrested or disappeared after the protests and are feared to have been subjected to torture, while many more have been wounded in the violent and “vicious” crackdown on protests.

Amnesty International’s latest report on the mid-November protests in Iran which was published on December 16 observed that the detainees include “thousands of protesters as well as journalists, human rights defenders and students, to stop them from speaking out about Iran’s ruthless repression.”

In the meantime, news reports and videos that have surfaced following a 10-day Internet blackout to curb news dissemination, have revealed shocking images of brutality against protesters, with many children and adolescents among them.

Social media reports say dozens of children as young as 13 have been killed during the crackdown and many youngsters are in jail. One young boy was killed in Shiraz in school uniform while coming back from the school, his mother told a London-based satellite TV.

The Killing Of Eighteen Adolescents In Iran Protests Confirmed

Earlier, the UN stated that it has information suggesting at least 12 children are among those killed.

Posters of school-age young boys and girls at their graveside are abundant on social media and their stories are being shared on social media thanks to their brave parents who have spoken to the media regardless of security officials’ warnings.

Some got the body of their loved ones from the morgue only after promising that they will not speak to the media and will not hold public mourning services.

The Iranian authorities have so far refused to announce the death toll, despite occasional promises, and have been playing blame games among themselves shunning responsibility.

In the meantime, “the Iranian authorities have held detainees incommunicado and subjected them to enforced disappearance, torture and other ill-treatment,” says the AI report.

According to Philip Luther, Middle East and North Africa Research Director at Amnesty International, “Harrowing testimony from eyewitnesses suggests that almost immediately after the Iranian authorities massacred hundreds of those participating in nationwide protests, they went on to orchestrate a wide-scale clampdown designed to instill fear and prevent anyone from speaking out about what happened.”

Meanwhile, media reports and the Amnesty International investigation revealed that “The majority of the deaths that the organization has recorded occurred as a result of gunshots to the head, heart, neck and other vital organs indicating that the security forces were shooting to kill.”

Luther called on the Iranian authorities to stop its “brutal campaign of repression” and to release all those who have been arbitrarily detained “immediately and unconditionally” while also calling on the international community to take urgent action and ask the UN Human Rights Council to hold a special session and “mandate an inquiry into the unlawful killings of protesters, horrifying wave of arrests, enforced disappearances and torture of detainees, with a view to ensuring accountability.”

Iranian lawmaker Naqavi Hosseini has said that security forces have arrested some 7000 protesters as of November 26. However, reports of more arrests came from various Iranian cities later. Radio Farda estimates that as of two weeks ago more than 8,000 were arrested.

According to the AI, Children as young as 15 have been detained alongside adults, including in Fashafouyeh prison, Tehran province, which is notorious for torture and other ill-treatment. Other places where detainees have been held are military barracks and schools. Reports from Iran say some of the prisons are severely overcrowded.

Social media videos sent to foreign based media show wounded protesters in hiding as they fear arrest if they report to medical centers. Other reports say security forces attacked hospitals in Shahryar and Shiraz arresting wounded protesters and even “stole” dead bodies.

According to the AI report, one person said: “I have been in hiding since I was seen and filmed by the security forces at the protests. They beat me with a baton before I escaped. I am now in hiding with a serious leg injury. I am not safe because they have gone to my house to arrest me. My situation right now is no different to being in prison.”

Meanwhile, “Credible sources have informed Amnesty International that in Raja’i Shahr prison in Karaj, Alborz province, hundreds of detainees, including children, were brought in trucks to the prison. They say that handcuffed and blindfolded detainees have been punched, kicked, flogged and beaten with batons by security forces on a daily basis.”

Some state officials, Friday prayers Imams, and State owned media, including the Kayhan, a newspaper run by Supreme Leader Ali Khamenei’s office have called for death penalty for protesters. Khamenei and President Hassan Rouhani have called the protesters “rioters” and “thugs”. Rouhani has called on the state TV to air “confessions” by protesters.

Amnesty International’s Philip Luther maintained that “The authorities have an obligation to protect all detainees from torture and other ill-treatment. Given the systematic use of torture in Iran, it is crucial that the authorities provide UN officials, mandate holders, and other relevant experts immediate access to detention centres and prisons to conduct fact-finding investigations,” adding that “Without urgent international pressure thousands will remain at risk of torture and other ill-treatment.”

Women in labour given virtual reality to ease pain of childbirth...