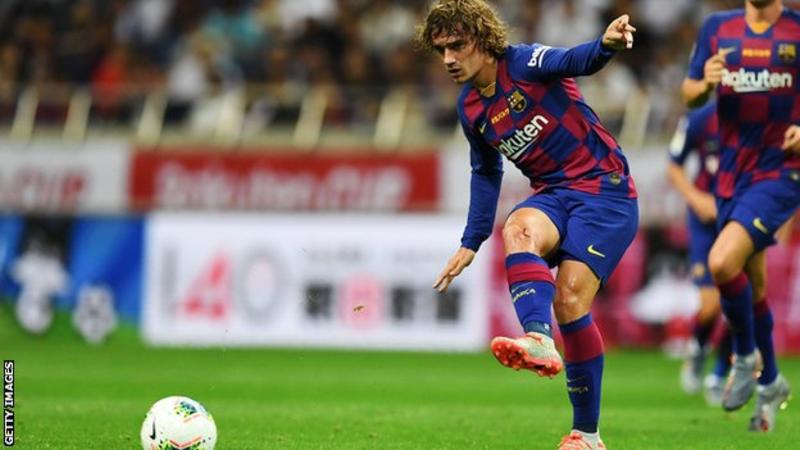 Antoine Griezmann’s move to Barcelona could be blocked in a row over the fee, La Liga president Javier Tebas says.

Atletico Madrid complained after Barca announced they had signed the France forward, having activated his 120m euro (£107m) release clause on 12 July.

The clause dropped from 200m to 120m euros on 1 July, but Atleti claim the deal was done before then and that they are due the larger amount.

“It is possible to block a player’s transfer,” Tebas told Onda Cero.

“La Liga will have to decide what course of action to take.”

Griezmann has already played a friendly for his new club, a 2-1 friendly defeat by Chelsea in Japan.

Tebas said: “[Atletico] submitted a complaint and put in doubt whether we should pass Griezmann’s licence to Barcelona.

“There’s a process that has been put in motion and those overseeing it will have to come to resolve the case.”

Atletico reported Barcelona to Fifa over an alleged illegal approach for Griezmann in December 2017.

The player rejected an offer from Barcelona last summer. But Atletico claim Barca talked to him again in March and accused the Spanish champions of disrespect.