Home News An Army veteran who re-enlisted after assaulting police on Jan. 6 was... 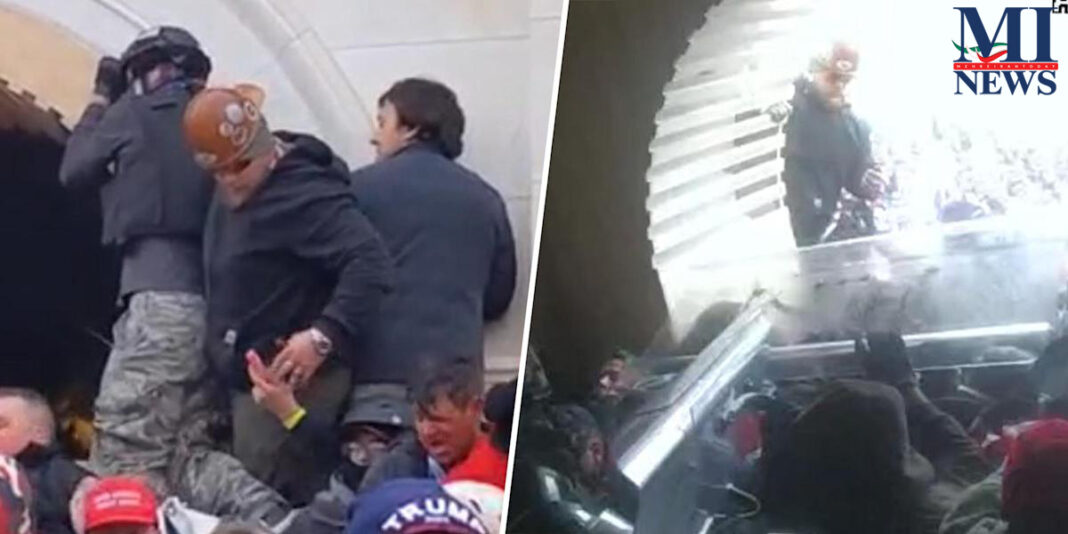 A member of the United States Army who re-enlisted in the military after he pepper sprayed cops at the Capitol on Jan. 6 was sentenced to more than 3.5 years in prison on Friday.

James Mault was fired from his union job after the insurrection, but was able to re-enlist in the U.S. Army even though he had been interviewed by the FBI about his actions on Jan. 6. At the time of the initial FBI interview, the bureau was apparently unaware that he assaulted officers that day.

Chief Judge Beryl Howell sentenced Mault alongside his co-defendant Cody Mattice. Both received 44 months in prison, as well as three years of supervised release. Howell said that Mault and Mattice had preplanned for violence.

“They were not patriots on Jan. 6,” Howell said. “No one who broke police lines that day were. They were criminals.”

Mault was arrested in October after the FBI realized that he had been caught on tape assaulting officers. Mault was arrested at Fort Bragg in North Carolina, where he was working as an artillery cannon crew member, and pleaded guilty.

“Those police officers did not deserve what happened to them,” a tearful Mault told the judge before he was sentenced. “As a soldier … I should have known better.”

Mault said the “effects of Jan. 6 continue to haunt me,” saying he had lost his union job and will likely lose his military benefits.

“I know what I did was wrong that day,” Mault said.

Mault claimed that he went to D.C. with the “best of intentions” and brought gear to protect himself from counter-protesters, but said that things got out of control.

“We did not plan to fight against police officers,” Mault told the judge, saying that he fell into a mob mentality.

Several individuals who served with him in the military had written letters in support of Mault, whose family members were present in court for his sentencing.

FM says it’s a ‘sheer lie’ that Iran has made demands...

An MLB umpire tweeted about buying an assault rifle over the...