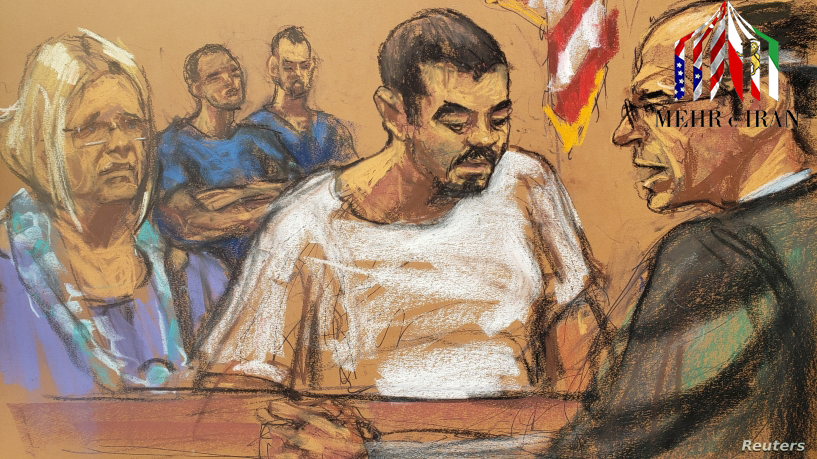 A U.S. citizen who allegedly joined the Islamic State terror group as a sniper and eventually rose to the rank of emir is facing new charges and the possibility of life behind bars.

The indictment charges Asainov with conspiracy to provide material support to IS; providing IS personnel, training, expert advice and weapons; receiving military-type training from IS; and obstruction of justice.

If convicted of all the additional charges, Asainov could face a life sentence. Under the original indictment, Asainov would have faced, at most, 20 years, in prison.

U.S. officials repatriated Asainov in July, sometime after he had been captured in Syria by the U.S.-backed Syrian Democratic Forces.Brooklyn Man Charged with Being Islamic State EmirUS officials say 42-year-old Ruslan Maratovich Asainov called IS the ‘real deal’ and was in charge of weapons training before he was captured

According to court documents, Asainov, a naturalized citizen who came to the U.S. from Kazakhstan, traveled to Syria in late 2013, where he began fighting with IS as a sniper.

Eventually, he became one of the terror group’s emirs, responsible for establishing training camps for IS recruits and for teaching them how to use weapons.

“We [IS] are the worst terrorist organization in the world that has ever existed,” he allegedly wrote in one communication to a confidential FBI informant, adding he wished to die on the battlefield.

In other messages, officials say Asainov talked about fighting in places like Kobani, Deir el-Zour and Tabka.

In addition to the messages, U.S. officials said in court documents that some of the evidence against Asainov is based on interviews with “at least one other individual who provided material support and resources to ISIS during part of the same time period as the defendant.”

Since the collapse of the Islamic State’s physical caliphate in Syria this past March, U.S.-backed Syrian Democratic Forces have been holding an estimated 2,000 foreign fighters from more than 50 countries in make-shift prisons. In addition, the SDF has processed tens of thousands of civilians linked to IS, including the wives and children of the foreign fighters.

There are no official estimates for how many of the IS prisoners were U.S. citizens or residents. But in comments to VOA this past June, Kurdish officials suggested more Americans were in custody.

“It’s up to the U.S. government whether it wants to take back more of its citizens held by our forces,” said Kamal Akif, a spokesman for the Kurdish-led administration in northeast Syria.

Independent research by The George Washington University’s Program on Extremism has identified 80 U.S. citizens or residents who traveled to Syria or Iraq to join extremist groups since 2011, 75% of whom aligned themselves with IS.

In all, the U.S. has repatriated six U.S. citizens from Syria and Iraq to face charges for joining IS.

This past August, the U.S. repatriated 23-year-old Omer Kuzu, a dual American-Turkish citizen, who left the U.S. to join the terror group as a teenager. US Citizen Accused of Joining IS in Syria Is Repatriated to Texas to Face ChargesOmer Kuzu of Texas is the sixth US citizen or permanent resident to be brought back from Syria or Iraq

Four other U.S. citizens — three men and one woman — who left the country to join IS have also been brought back to face charges.

Mohamad Jamal Khweis of Alexandria, Virginia, who was brought back from Iraq in June 2017, has been convicted.

Additionally, two women and their six children were repatriated to the U.S. this past June, though they have not been charged with any crimes.

U.S. officials have said they continue to work to verify the U.S. citizenship of those individuals in the conflict zone on a case-by-case basis.

U.S officials have repeatedly pleaded with countries involved in the fight against IS to repatriate their citizens and prosecute them, with varying degrees of success.

U.S. counterterrorism officials estimate that more than 45,000 foreign fighters flocked to Syria and Iraq following the start of the Syrian civil war, including 8,000 from Western countries.

An independent estimate by researchers at the International Center for the Study of Radicalization, just published by the Combating Terrorism Center’s CTC Sentinel, estimates IS still counts almost 53,000 foreigners among its ranks in Syria and Iraq, including more than 6,900 foreign women and up to 6,600 foreign children.

Strait of Hormuz: The World’s Most Important Oil Artery