Home News Afghan Presidential Campaign Kicks Off Amid Doubts Whether Polls Will Go Ahead... 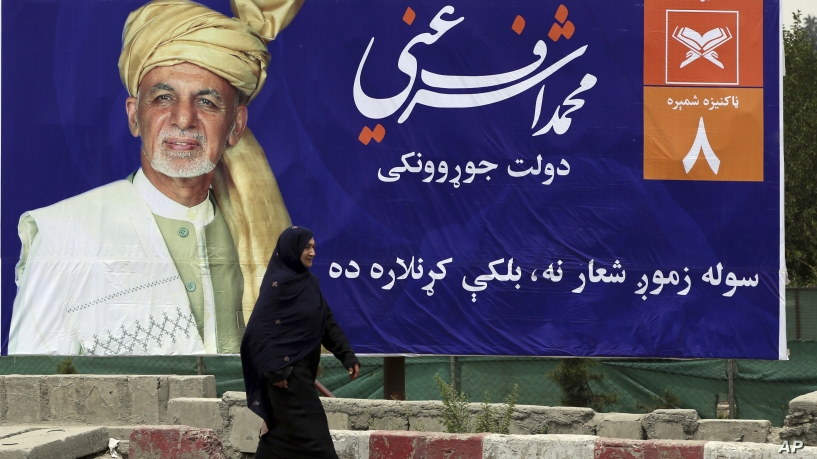 ISLAMABAD – The campaign to elect Afghanistan’s new president started Sunday amid fear of foul play, insecurity and doubts whether the vote — set for September 28 —  will actually take place.

Key rival candidates, including Abdullah, have accused the president of using government resources for the electoral campaign. Several contenders have also expressed lack of confidence in the election process,

Election officials, however, have vowed to ensure a transparent and safe election, even though half of the Afghan territory is controlled or hotly contested by the Taliban insurgency.

The September presidential ballot is the fourth held in since the United States and its allies invaded Afghanistan and ousted the Taliban regime in late 2001.

Ghani and Abdullah were among the candidates who addressed their campaign rallies Sunday, with both promising to put the country on the path of stability and economic development.

Both the leaders, however, have faced sever criticism for failing to deliver on commitments under the current coalition government mainly due to simmering internal political rifts between the two over governance-related matters.

Ghani said in his speech Sunday he will push his peace efforts with the Taliban if he won another five-year term to end the bloodshed in Afghanistan.

But the Taliban insurgency refuses to engage in any reconciliation process with Ghani and his administration, denouncing them as illegitimate and “American puppets.”

The lingering election-related uncertainty stems from peace negotiations the United States is holding with the Taliban in a bid to end the 18-year-old Afghan war between the two adversaries and prepare the way for intra-Afghan peace talks.

American and Taliban negotiators are said to be on the verge of announcing a final agreement after nearly a year-long dialogue. Such an eventually, it is widely perceived, would mean the election will be overseen by transitional government in Kabul, where the Taliban will also have a say.

Some presidential candidates have supported a deadline to allow the peace process take root. But in his speech Sunday, President Ghani rejected any compromise on the elections, saying they will go ahead as planned.

The election campaign started a day after the Afghan government announced direct talks with the Taliban will begin in the next two weeks. But the insurgent group swiftly rejected the claims, raising questions about the motives of Ghani’s administration as some critics said Saturday’s official announcement was aimed at subverting the U.S.-led peace process.

A spokesman for the Taliban’s negotiating team, Suhail Shaheen, while talking to VOA, stressed again that only if an agreement is reached with Washington on a U.S. troop withdrawal from Afghanistan, the insurgent group would negotiate peace with Afghans, where Kabul would have its representation but not as a government.

The Afghan-born American envoy’s statement just before the election campaign was to be launched, critics said, dealt a political blow to Ghani.