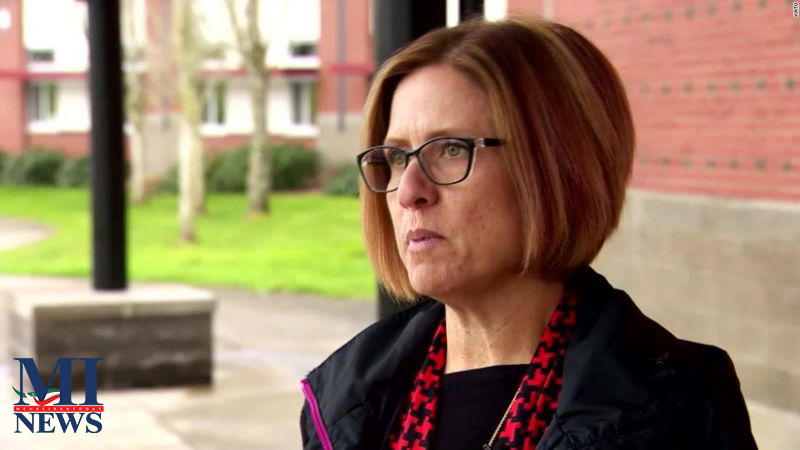 A Washington state high school principal has been placed on administrative leave over a Facebook comment following Kobe Bryant’s death in a helicopter crash.

After the January 26 crash, Liza Sejkora, principal of Camas High School, wrote on her personal Facebook page, in a post which has since been deleted, “Not gonna lie. Seems to me that karma caught up with a rapist today,” according to CNN affiliate KATU.
Bryant, the 41-year-old retired NBA legend, his 13-year-old daughter Gianna and seven other people were killed near Calabasas in Southern California.
The principal later deleted that post and wrote another message saying, “You are free to judge me for the post just as I am free to judge the person the post was about,” according to CNN affiliate KOIN, which cited The Columbian newspaper.
Sejkora was referring to a 2003 sexual assault accusation against Bryant. The criminal charge was dropped. Bryant acknowledges that while he viewed the encounter as consensual, his accuser did not. Bryant later settled a civil suit with his accuser.
On Monday, Sejkora sent an email to Camas High School parents. A Camas School District spokesperson provided CNN with the apology:
“CHS Families:
“You may be aware that a copy of a social media post I made on my personal Facebook page is circulating digitally in our community. Today, I apologized to my staff, and now I apologize to you.
“On January 26 after news broke Kobe Bryant’s death, I made a comment to my private social media which was a personal, visceral reaction. I want to apologize for suggesting that a person’s death is deserved. It was inappropriate and tasteless. Further, I apologize for the disruption it caused to our learning environment today.
“In education, we remind students to think before they post online, especially when feelings are inflamed. We also teach our students about context. My emotions and past experiences got the best of me in that moment. We also teach our students that what we share online has permanency.
“While what I wrote was posted on a private Facebook account to people who are my friends and was quickly removed, I acknowledge that private does not always mean private. I love being principal at Camas High School. We have tremendous students, staff, and community. I’ve learned an important lesson and I hope that I can earn your trust back.”
CNN reached out to Sejkora but she declined to comment.
“I have some personal experience that generated the visceral reaction,” the educator told KATU on Tuesday. “This was a situation where I didn’t think before I posted, and I’m terribly regretful about that.”
It’s unknown what, if any, is the social media policy for staff members in the district.
The district would not respond to specific questions from CNN about an investigation into the matter.
In a statement, Superintendent Jeff Snell said the social media comments failed to model a high standard for students. “We do appreciate Dr. Sejkora’s acknowledgment and will work to support her in rebuilding trust with the community she serves.”
Original Source

Rihanna and ASAP Rocky are reportedly expecting their first child together