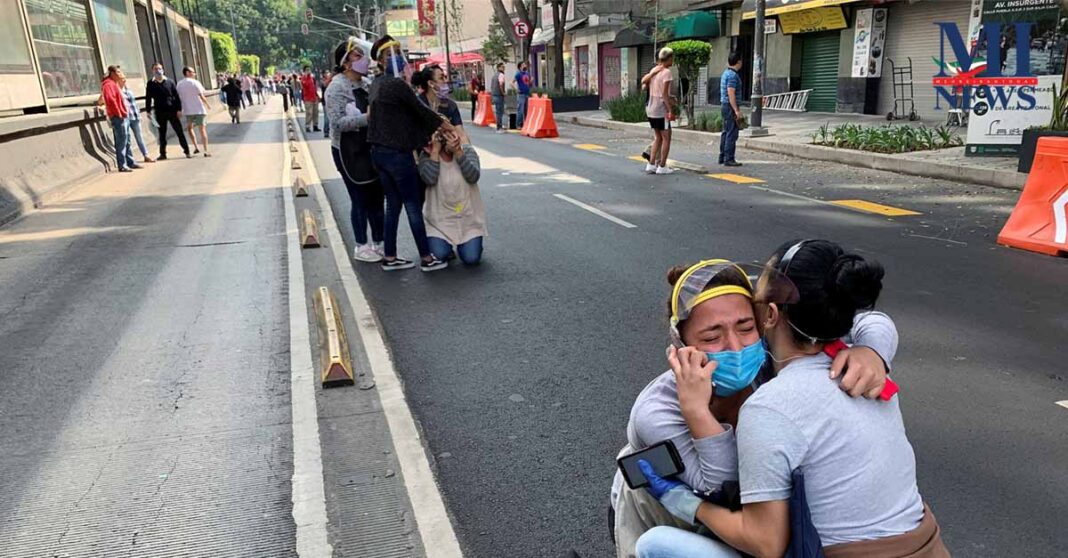 A strong earthquake centered near the resort of Huatulco shook parts of southern and central Mexico on Tuesday, killing at least one person and injuring another in the southern Mexican state of Oaxaca.

The U.S. Geological Survey said the quake that hit at 10:29 a.m. local time had a magnitude of 7.4 and was centered along the Pacific coast of Oaxaca state.

President Andrés Manuel López Obrador said in a video posted on social media that there are no immediate reports of the extent of the full damage.

“We will continue to call on people to act with precaution due to possible aftershocks. Let’s take care of ourselves without anguish or despair,” said López Obrador in Spanish.

As of early afternoon, at least 147 aftershocks have been reported, said López Obrador.

In Oaxaca, Carlos Moreno, the owner of Koch Mezcal, was working alongside one of his employees in one of his agave artisanal processing plants when the quake struck. The worker was digging up a 50-foot well to ferment the liquor when it happened.

“What a scare!,” Moreno told NBC News. “The man was 15 meters below ground, with an earthquake shaking everything, in almost darkness and in a small space… . We managed to get him out fast, but what a scare.”

Seismic alarms sounded midmorning with enough warning for residents to exit buildings and power was knocked out to some areas.

The U.S. Geological Survey estimated that about 2 million people felt strong or moderate shaking and another 49 million felt weak or light shaking.

Alejandro Murat, governor of the Mexican state of Oaxaca, told Telemundo News on a live interview that some buildings collapsed in the area of Crucecita, killing at least one person and injuring another.

“Unfortunately, someone lost their lives after a building collapsed,” said López Obrador.

Murat said at least one hospital in his state dedicated to the care of COVID-19 patients suffered so much structural damage that it will need to be completely evacuated.

Santiago Taboada, mayor of the town of Benito Juarez in Mexico City, told Telemundo News that his town suffered “minor damages” even though phones lines are down as a result of the earthquake.

The real 10-year challenge: how the hashtag is being used to...