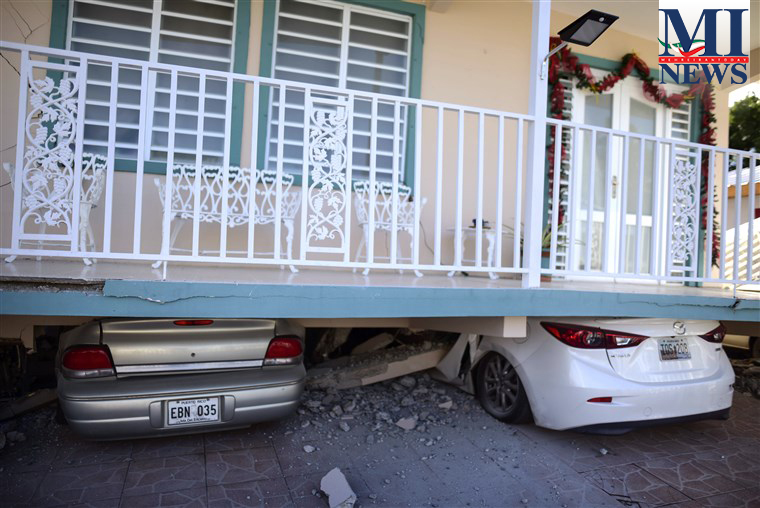 A 5.7-magnitude quake jolted Puerto Ricans out of their beds Monday morning, the strongest quake yet to hit the U.S. territory that has been shaking for the past week.

There were no immediate reports of casualties.

The quake struck just south of the island at a relatively shallow depth of 10 kilometers (over 6 miles), according to the U.S. Geological Service. There was no tsunami threat, officials said.

Power outages were reported in some parts of Puerto Rico following the quake, Angel Vazquez, the emergency management director for the southern coastal city of Ponce, told The Associated Press.

“This is one of the strongest quakes to date since it started shaking on Dec. 28,” he said. “It lasted a long time.”

No injuries or structural damage were immediately reported, although some residents reported small landslides that prompted crews to temporarily close roads along parts of Puerto Rico’s south coast.

Dr. Sindia Alvarado, who lives in the southern coastal town of Penuelas, said she was petrified.

“My entire family woke up screaming,” she said. “I thought the house was going to crack in half.”

The flurry of quakes in Puerto Rico’s southern region began the night of Dec. 28, with quakes ranging in magnitude from 4.7 to 5.1. Previous quakes of lesser magnitudes in recent days have cracked homes and led to goods falling off supermarket shelves.

Tally of Children Separated from Parents at Border Tops 5,400

Former US Envoy to Ukraine Set to Testify in Impeachment Inquiry