Home News UK Has No Plans To Pay Debt To Iran To Free British-Iranian... 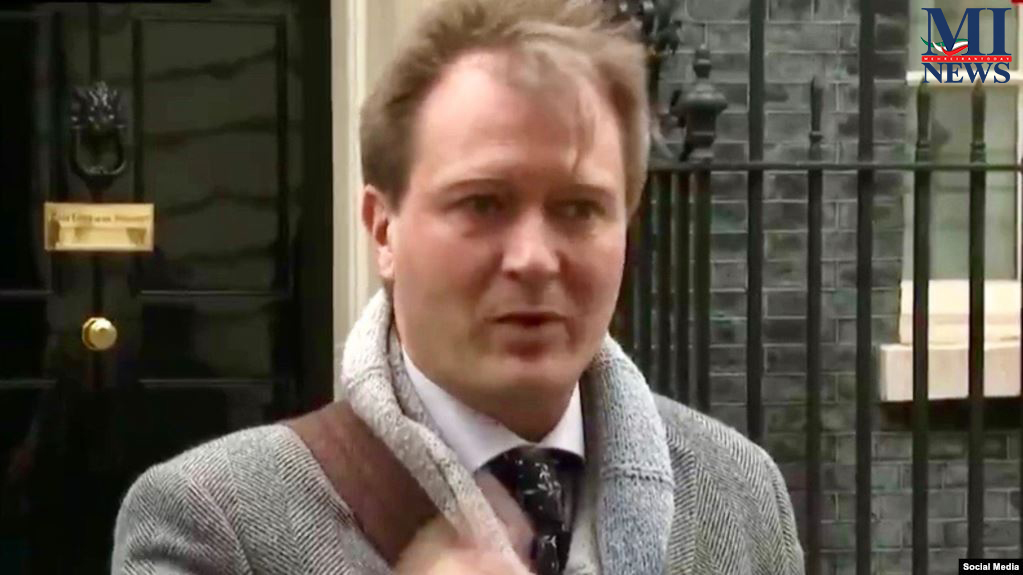 After meeting with the British Prime Minister on Thursday Richard Ratcliffe whose British-Iranian wife has been in prison in Iran since 2016 told Radio Farda that the PM and other ministers agree that his wife is effectively a “hostage” and “being held for leverage” but the government has no plans yet to pay a £400m debt to Iran to secure her freedom.

Nazanin Zaghari Ratcliffe was arrested during a trip to Iran to see her family and charges with political activities. In an unfair trial without due process she was sentenced to five years. Repeated British government attempts to secure her release have not successful.

Richard Ratcliffe has always maintained his wife’s innocence and believes she is a chess piece in a game over money between Iran and Britain. The 40-year-old Zaghari-Ratcliffe has expressly been told by Revolutionary Guard interrogators and a deputy prosecutor in her case that Britain needs to pay the debt for her to be freed.

Britain owes Iran around £400m (original debt and its interest over decades) for Chieftain tanks that were sold to Iran in 1971 but not delivered as the contract was cancelled when the Shah of Iran was deposed in 1979 and the new regime lost interest in the deal. The Pahlavi government had paid for the tanks in full.

Zaghari-Ratcliffe has been sentenced for “sedition” and “propaganda against the regime”. These are among the usual charges brought against dissidents as well as dual nationals of western countries who are often used by the Iranian regime as hostages to gain something in return. Iran does not recognize dual citizenship and treats these individuals as Iranians and does not allow them consular access while in detention.

Before he resigned in July 2019 the former Foreign Office Minister of State for Europe and Americas Sir Alan Duncan who became involved in Ms. Zaghari-Ratcliffe’s case on humanitarian grounds proposed to the British government to pay its debt into a new escrow account to overcome U.S. sanctions’ issues which prevent direct payments to Iran.

According to this scheme, Iran could withdraw money from an escrow account in the form of humanitarian aid to avoid violation of the U.S. sanctions. The Foreign Office shelved Duncan’s plan to resolve the debt issue and help release the 41-year-old jailed British-Iranian mother.

After today’s meeting with Johnson Mr. Ratcliffe said the Prime Minister had not been too fond of the Duncan solution, so he proposed to the Prime Minister to use other methods, similar to the U.S. Magnistsky law to put pressure on the Iranian government to solve cases like the case of his wife.

“I told him I wanted him to be brave, and there needed to be a cost for those [Iranian officials] who are doing it,” Mr. Ratcliffe said and added that Johnson agreed with him that the “international community needs to deal with the problem of the Revolutionary Guard hostage-taking”.

The Magnitsky Act of 2012, which applies globally, authorizes the U.S. government to sanction those who it sees as human rights offenders, freeze their assets, and ban them from entering the U.S. “The Prime Minister was cautious, and I said I would go back with a file on that,” Mr. Ratcliffe told Radio Farda.

When asked if he hoped the ruling of the British Appeals Court could resolve the money dispute and help free his wife, Mr Ratcliffe said: “I’m not sure Iran will win from the way the case was argued. The UK is battling every point in the court”.

That may not sound like a crime but was exactly what the Iranians needed to prove that she had been a British agent of “sedition”. Johnson’s remark was cited as evidence against Zaghari-Ratcliffe in court. Iranian Judiciary officials claimed the alleged teaching of a course in journalism was aimed at recruiting and training people as agents to spread anti-Iranian regime propaganda.

Her employer, the Thomson Reuters Foundation, however, in a statement issued after Johnson’s remark made it clear that she had been in Iran only to visit her family and show them her baby daughter, Gabriella. Her husband, too, has always insisted that her visit had no other agenda than that.