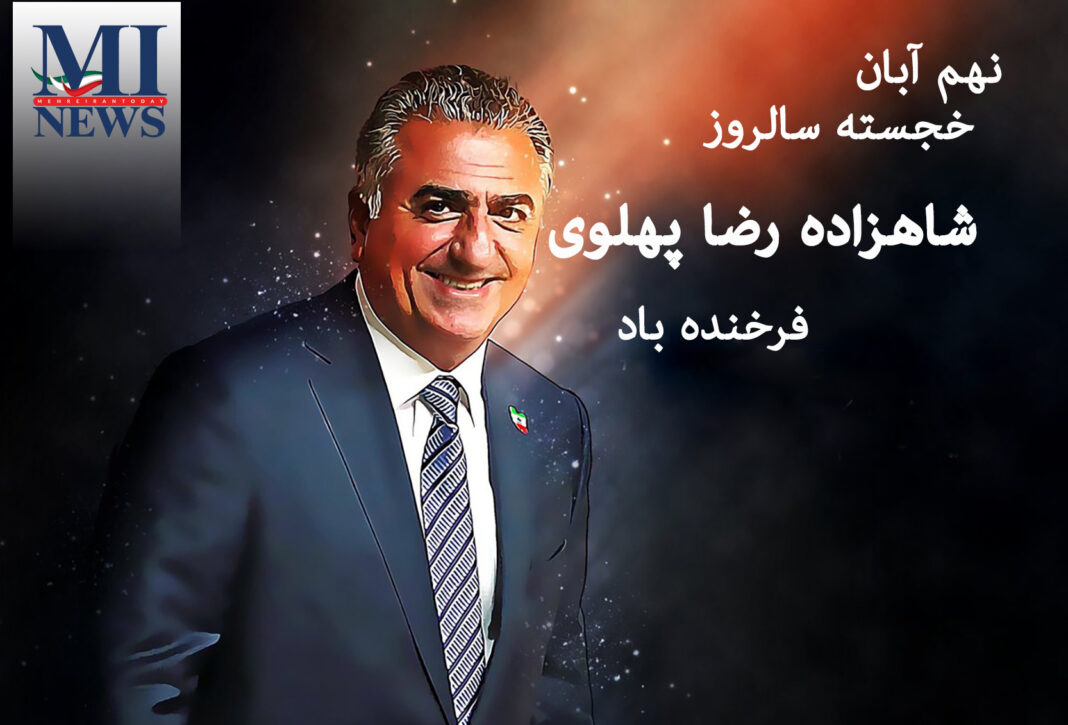 Reza Pahlavi was born in Tehran, Iran on October 31, 1960 as the heir to the late Mohammad Reza Shah of Iran and Empress Farah Pahlavi of Iran. He was officially named Crown Prince in 1967 at the time of his fatherâ€™s coronation. In 1978, at the age of 17, he left Iran for jet fighter training in the United States Air Force at Reese Air Force Base in Lubbock, Texas. During this same period, the building unrest in Iran led to the royal familyâ€™s departure in January 1979. And, during the instability that followed, the Government of Iran was taken over by Islamists. The Islamists established a theocratic regime, preventing Reza Pahlaviâ€™s return to his homeland.

Reza Pahlavi completed the United States Air Force Training Program. During his first exile years, he continued and completed his higher education with a degree in political science from the University of Southern California. As an accomplished jet fighter pilot, Reza Pahlavi volunteered to serve his countryâ€™s military as a fighter pilot during the Iran-Iraq War, but was declined by the clerical regime.

Despite being forced to live in exile, Reza Pahlaviâ€™s commitment and patriotic duty to Iran endures. For almost four decades, Reza Pahlavi has been a leader and advocate of the principles of freedom, democracy and human rights for his countrymen. He maintains constant contact with his compatriots and opposition groups, both inside and outside the country. Pahlavi travels the world meeting with heads of state, legislators, policy-makers, interest groups and student groups speaking about the plight of Iranians under the Islamic regime in Iran. He consistently speaks out against the widespread abuse and oppression of the Iranian people and calls for the establishment of a secular democracy in Iran. He calls for regime change through non-violent civil disobedience, and for a free and open referendum on a new government of Iran.

In addition to numerous articles published, Reza Pahlavi has written three books on the state of affairs in Iran: Gozashteh va Ayandeh (Kayhan Publishing, 2000); Winds of Change: The Future of Democracy in Iran (Regnery, 2002); and IRAN: Lâ€™Heure du Choix [IRAN: The Deciding Hour] (DenoÃ«l, 2009). He also has a featured column in The Huffington Post.

Reza Pahlavi has lived in exile since 1979. He married Yasmine Etemad-Amini on June 12, 1986. They have three daughters: Noor Pahlavi (born April 3, 1992), Iman Pahlavi (born September 12, 1993), and Farah Pahlavi (born January 17, 2004). Reza Pahlavi strongly believes in the inherent equal rights between men and women; and, as such, has stated that his daughters Noor, Iman and Farah are, successively, his heirs.

Yasmine Pahlavi graduated from The George Washington University in Washington, DC, obtaining a B.A. in Political Science; and later, a Doctorate in Jurisprudence from The George Washington University Law School. She worked for ten years as a staff attorney for the Children’s Law Center in Washington, DC, representing the rights and cases of hundreds youth in the DC family courts system. In 1991 she co-founded, and for 23 years was the Director of, the Foundation for the Children of Iran. The purpose of the Foundation was and remains to provide critical health care services to Iranian children or children of Iranian origin regardless of race, color, creed, religious or political affiliation.

Yasmine is currently a vocal supporter of the democracy movement in Iran, appearing at pro-democracy rallies, events and panels in many cities through the years.

Oil prices surge 4% after Iran military leader killed in US...

Strait of Hormuz: The World’s Most Important Oil Artery